The Texas Longhorns Defense and its struggles this season

The Longhorn defense has offered more tricks than treats.

Share All sharing options for: The Texas Longhorns Defense and its struggles this season

Tales From The Crip: The Spooooky Texas Longhorns Defense

Yesterday, Manny Diaz was asked how he would grade his defense so far this season and he responded,"Incomplete." Unfortunately for Diaz, 32 quarters of football constitutes a lot of quizzes and while the season isn't over yet, most of the grades are in, and there is no final exam that counts for 70% of your grade.

When you're facing the monster offenses in the Big 12 and you haven't prepared a defense, it can get out of control very quickly.

If you have the stomach for it, let's walk down in the basement and investigate those spooky noises. What's the worst thing that could happen?

In raw statistical rankings, this is a historically bad Texas defense. That's not hyperbole. I mean it plainly: since Texas has played football, there has never been a defense as bad. The numbers are scream worthy.

Consider that factored into this 8 game average is a shutout pitched against New Mexico (0 points, 241 yards). The next best defensive performance was against Kansas (17 points, 273 yards), and then Wyoming (17 points, 345 yards). Not surprisingly, these are the three worst teams and three worst offenses on the schedule and the teams are a combined 6-19 (Wyoming 1-7, Kansas 1-7, New Mexico 4-5). Their combined six wins come against Southern, New Mexico State, Texas State, Hawaii, South Dakota State, and Idaho, respectively. They do not represent respectable poverty. Let's have no illusions.

In the Longhorns other five games against statistically good (emphasis on statistical) offenses, Texas is allowing an average of 45.6 points and 543.8 yards per game.

Learning point: if you can bring even remotely comparable athletes to the field, it's a near certainty that you'll take our candy.

Most college football statistical measures are affected seriously by pace, the number of plays run, the play mix (run vs. pass), and field position caused by offensive miscues or special teams. That's why yards per play is such a crucial and useful eyeball metric. It's essential defensive football - how well do you prevent the offense from moving?

Texas is allowing an amazing 6.3 yards per play. Despite the fact that the Texas defense has a high number of tackles for loss (we're ranked 9th nationally). 77 for - 250 yards, to be exact. That means on any play in which a Texas DL doesn't make a great individual play or our LBs are not stunted into the correct guess, Texas allows 7.8 yards per play.

That is a nearly incomprehensible number. And as you'd guess from our overall defensive performance, the mathematics of that exchange don't work out in our favor.

If a team throws for 300 yards against your defense, but if it took 60 attempts to get there, you're kicking their ass and you probably forced 3-4 turnovers to boot. Passing efficiency is what matters. We're poor there as well. 8.2 yards per attempt allowed on a 61% completion percentage. In 1997, Peyton Manning was the Heisman Trophy runner-up at Tennessee while averaging 8 yards per attempt on a 60% completion percentage. Food for thought.

The Texas run defense is worse; and in the bottom decile of college football. Despite 77 tackles for loss. Any run that isn't stopped behind the line of scrimmage (Texas has 57 tackles for loss in the run game, 20 sacks are in the pass game and I'll remove them so as not to inflate our efficacy) yields opposing runners 6.5 yards per carry.

Were the opposing runners that played Texas melded into one player who could face Texas every week, they would probably be the current leader for the Heisman trophy.

On a raw yardage and per carry basis, Baylor has a significantly better run defense than we do.

As exciting as it is to see the Texas defense in the Top 50 in any metric, its meaning is negated by two factors. First, Texas opponents are doing very good work on 1st and 2nd down. When you can drop one play scores on a defense from anywhere on the field, who cares about the occasional three and out? Second, Texas is horrible on 4th down. Teams understand the certainty of math eventually winning out. If you get four plays against the Texas defense, you have a very good shot of ending up in the end zone or with a new set of downs. 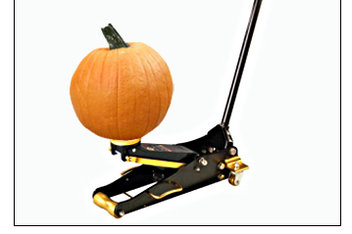 But we play in the big, bad Big 12. No one can defend this league. It's impossible. At least that's the line from Mack Brown, Manny Diaz, Bill Little, and Bellmont.

Except that four of the top 30 defenses in college football are in the Big 12. So 40% of the league (OU, Texas Tech, Kansas State, TCU) - while not killing it by any means, is defending just fine, thank you. Oklahoma State and Iowa State have been average. So, in fact, most of the league is defending. Texas is in a group that includes KU, BU, and West Virginia. We're the stuff of telethons.

And while it's true our statistical measures do look better on an adjusted basis - and Huckleberry's adjusted stats are absolutely superior instruments compared to the blunt tools I used above - they can obscure an important point when it comes to spread offenses. Good spread offenses don't just beat bad defenses. They slaughter them. So 650, 700, 750 yardage outputs are fully realizable.

Alabama is an excellent football team. But when they play a lower decile FBS team, they're not capable of putting 675 yards on them as so many teams in this league are. It has zero to do with talent, either, obviously. It's philosophical, it's related to pace, ability to exploit weakness inherent to bad FBS teams (poor corners, lack of speed, no pass rush), it's related to pass/run mix. They're quite content to win 41-3 instead of 70-31. I'd argue that this simple fact prejudices relative data measures. It appears that Texas is doing a statistically solid job on a relative basis by "holding" Oklahoma State to 576 yards when they were averaging 670 (16% under, nice job!), but I think you can see that this is essentially meaningless rubbish if you understand the larger context.

Which is: It's curious that immediately after Texas is lit up by Impossible-To-Defend offenses, those offenses are contained, crushed, or even humiliated the following or previous weeks. Observe:

Why isn't this reflected as cleanly in Adjusted Statistics? Eventually, it will be. But never as dramatically as one would think, because Baylor, WVU, OSU and others still have massive offensive performances against sacrificial lambs that inflate their offensive value. But the fall off when they encounter real, or even competitive, defenses can be steep.

This is a clear pattern and it goes in only one direction.

The staff and Bellmont can dress up the defense in any costume they please, but eventually the mask always comes off. And the offenses still ate all of our candy.