Share All sharing options for: The Texas Pregamer: Oklahoma State 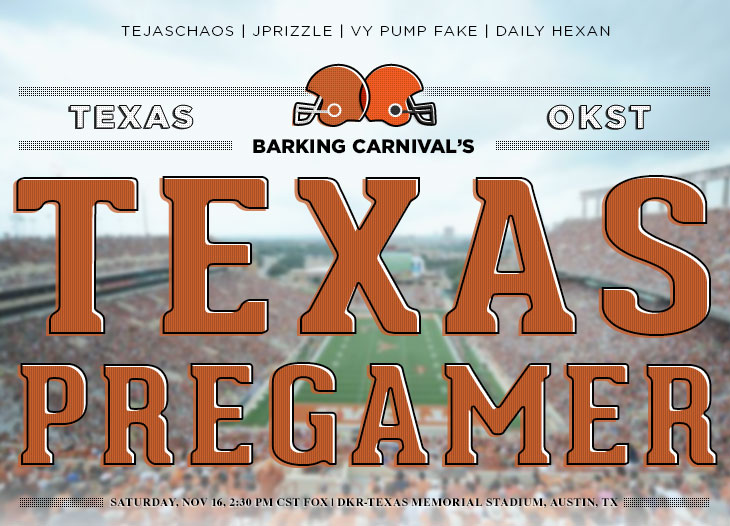 Well folks, were you not entertained? We particularly liked the part where Steve Edmond tried out to play shortstop for the Rangers. The Big 12 Conference: home of the 80 point defensive slugfest.

Speaking of shootouts, this weeks opponent is the Okie Pokies out of Stillwater.

Has anyone ever noticed just how gun happy the Big 12 is? Pistol Pete, bless his wooden horror mask, isn't even the 3rd most dangerous projectile weapon on gameday. We are letting the mountaineers bring an actual musket onto the field. A weapon that he used to kill a bear. Recently. Like in the last year. The Red Raiders have Yosemite Sam and mounted cavalry. OU stole popguns from a cub scout troop. Heck, even our frogs shoot blood from their eyes.

Austin, Texas may not be hosting Gameday this week, but thousands will be flocking to Austin from all over the southwest to experience an exciting matchup between finely tuned athletic machines that can burn up yardage in a hurry. And after that they might decide to stop by DKR for the football game.

The thoughts and prayers of Pregamer nation go out to all the brave heroes in Austin this week that will be traveling anywhere between the Formula 1 Racetrack and DKR. Traffic may be Southby-esque.

So how will we fare Saturday? Well, Mack Brown has never lost a game the week after playing an overtime at Texas. Also, we found this while googling Mack Brown and cowboys for some reason: 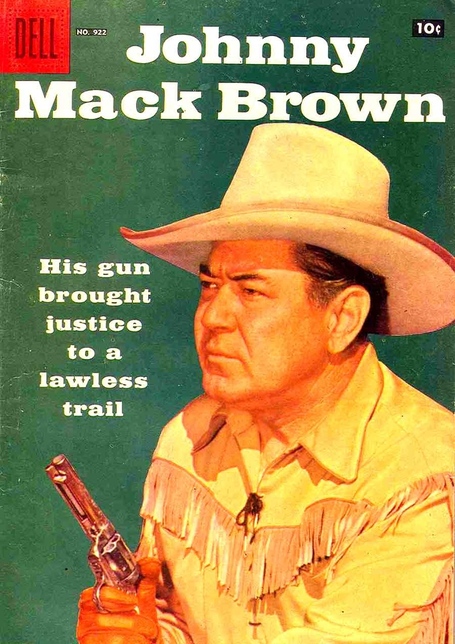 And if that doesn't clear up our chances, what can?

Comment section has been a little quiet as of late, so here's a 10-minute investigation that included zero independent interviews and was sourced sporadically from the internet between the hours of 10pm - 11pm last night, reveals a border battle of collegiate proportions - and the collateral damage that follows.

Special Report on Ok State vs Texas: Part 1 - The Money

Figures below are from the 2011-2012 season because that's all we found in our extensive 2 minute search of the Googles.

Special Report on Ok State vs Texas: Part 2 - The Academics

Special Report on Ok State vs Texas: Part 3 - The Drugs

Top Drug Use: (whitehouse.gov - excludes Marijuana which is top in both)

Special Report on Ok State vs Texas: Part 4 - The Sex

Special Report on Ok State vs Texas: Part 5 - The Fallout

None. Do people even read SI anymore?

Bryan King: "Mr. Pickens, I understand you were able to purchase every seat at the club level of Darrel K Royal Stadium. Can you tell me how you did that?"

T. Boone Pickens: "Listen here son, when you've made, then lost, then made another billion dollars, that gives you some pretty damn big brass balls. So what I did is I hosted a little poker match between me and ole' Dodds. He likes to drink a bit so I got him all liquored up and cheated him out of the seats."

"That's an amazing story Mr. Pickens, but can I ask why?"

"Can you ask? Well hell son you already did."

"The short answer is I wanted to throw a little party there, but I wanted all those Texas pansies to feel at home. So I figured we'd flood the damn thing and have a water polo match. Those high class pussies outta like that."

"I have to ask, how did you come up with such an, interesting idea?"

"A couple of years ago my damn suite up at my stadium flooded. Ruined all my damn stuff. But it proved the stadium could handle all that water. I got stoned off some peyote a month or two ago and it came to me. Now let me ask you a question, is there anybody else on this damn earth with the cojones to pull this off?"

"Jay-Z, son are you retarded? He's new money. He'll probably blow all his cash on Chuck Taylors and Brooklyn shooty hoops. He doesn't know how to really blow money like a pro. You have any idea how damn expensive it is to install an elevator big enough for a horse? Didn't think so. Now son I've got some stuff to do before Saturday, is there anything else?"

"Just one last thing sir, do you have a score prediction for us?"

"Hell son, I'm not worried about that. If I actually wanted to see the game I wouldn't be playing water polo. We better win this thing, I had to pay Gundy last year. The damn bastard held my balls over the fire, but I paid him anyway. Guess he needed more hair gel."

Here at the Pregamer, we don't let the fact our sponsors are fake and "not paying us" get in the way providing quality ad space. However, this week we wanted to share a real product for real Texans like y'all. 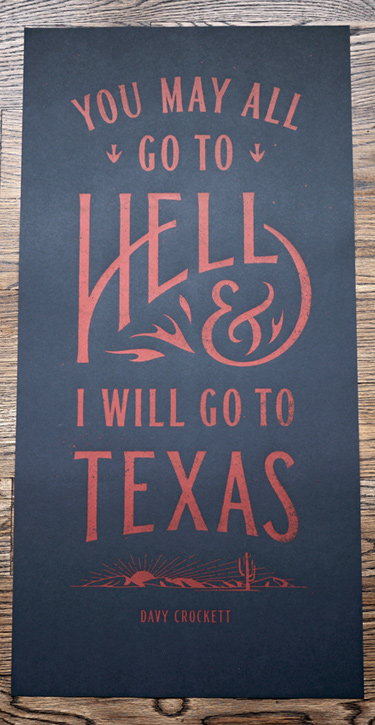 TejasChaos: I have a brother currently at OkSt. If he reads this prediction before kickoff and calls me, he can still get the jacket we tried to buy him for his birthday, but he never got because he didn't returned the phone calls we sent. Too much stuff to do in Stillwater. Allegedly.

OSU wins. YOU HEAR THAT MACK? Are you properly motivated? Cause if all it takes is betting against you every week to keep winning, I am willing to do my part.

VY Pump Fake: The favored Cowboys are upset in Austin, 38-31. The anguish of thousands of Oklahoma State fans is measurable on the Richter Scale.

Confidence can take you anywhere.