Jameis Winston - What Did The Crab Say?

A crustacean's reasoned defense of amateurism.

Share All sharing options for: Jameis Winston - What Did The Crab Say?

His eyes cut sideways as his hand slid into the freezer, casually withdrawing the package of crab legs and sliding them into his warmup pants. The rough, pebbled shell were uncomfortable against his bare skin, but it was just a short walk out to the parking lot. He began to ease the freezer door closed when a voice sounded from the top shelf.

Startled, he looked up and blinked in surprise at the small, red figure that scuttled into view: 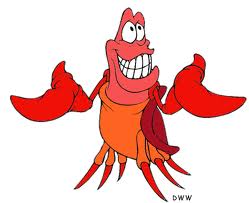 It spoke in lilting, Caribbean tones as it sternly waggled a claw.

"That looks like my cousin Gerald you got there! Now what you doin' stickin' him in your pants?"

The young man started to hem and haw, but the crab cut him off.

"Just 'cause I got six legs, don't think I don't know a five-finger discount when I see one. Now why you be stealin'?"

"Well, I play college football for a living...but they don't pay us anything. Sometimes we get hungry!"

"Nobody should have to go to bed on an empty belly, but..."

It broke off, its eyestalks craning forward to study the young man more closely.

"Waaaaaait a minute - I know you! You're not just ANY football player - you won the Heis-mon! Just scribble your name on some photos and you'll be rolling in dough! Even if you get pinched..."

The creature snapped its claw, and then giggled uncontrollably at its own wit. 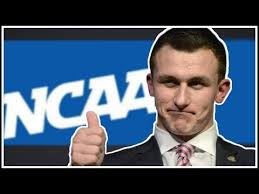 The young man scuffed his free Nikes on the linoleum floor.

"I don't know, Mister Crab. If I got caught, my situation... 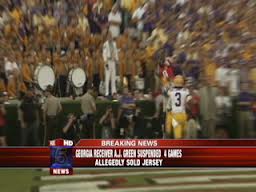 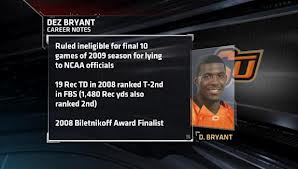 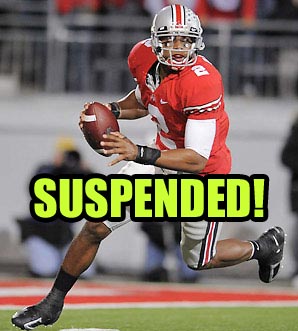 Resentment swelled up inside him.

"I think this whole amateurism thing, well...gee, it just stinks!"

The crab threw back its head, or thorax, or however crustaceans are articulated, and laughed.

"You young folk - all the same! Always itchin' to get compensated for your efforts! But maybe being an amateur isn't so bad!"

Pointedly, it waggled a claw at him.

"In fact, I think YOU don't know how good you have it!"

The young man blinked in surprise.

Gathering its legs under it, the crab leapt from its perch to land on the the young man's shoulder.

The seaweed is always greener,

In somebody else's lake.

But here, sex crimes get whitewashed,

'Cause po-po are on the take.

But you can get full-on rapey

Just take it from me!

Even the pros must face the law,

But around here nobody saw

To mess up our season,

So you’re off scot free!

Out there they be deridin’

A man’s right to romance.

Talkin’ ‘bout keep it in the pants.

But ‘round here the cops are friendly,

They’re fine with a little delay.

They won’t rush to conclusions

Or to swab the DNA.

No bitch will get sassy

Take it from me!

Inside of a big football town.

You're successful and famous,

You'll get off scot free!

Who want a piece of the pie.

But think what we could be losin'

If we kill this beautiful lie.

But myths are powerful things.

Men will protect their icons

When icons win them rings.

And royalty can rape and bone

That’s quite a good reason

To play one more season,

So come on, play three!

Leaping back to its perch, the little crustacean regarded the young man expectantly.

"I'm still taking these legs, though. Toss me down a pint of those crawfish, would ya?"