Share All sharing options for: The Texas Pregamer: Notre Dame

Whew. That offseason really flew by, huh? After "Merry Maliksmas" and without a weekly reckoning on key players in positions of dire need, it was a bit hard to keep track. (That’s not true, we read BC everyday but still, thanks for the reminder Scip).

So we enter Year 2, with Red McCombs presumably licking his chops and praying for a 4-win season (#BoosterLivesMatter) so Texas can get a proper, non-coordinator coach. But on the other end of the spectrum, we must temper all of the juice from the very selective hype videos we’ve watched and consider the reality of the 2015 Longhorns. This is a talented team with a ton of potential -- coached by a very skilled staff -- but inexperience runs rampant. There will be electrifying plays (Gray, Daje, Heard...Peter Jinkens’ Ric Flair celebration (as long as it doesn’t come 16 times a game)), but there will most certainly be frustrating times when elite athleticism will yield to the pitfalls of inexperience.

Well no, actually. The season opens with a team with an enormous national fanbase, its own, very exclusive television contract, that is one of the winningest programs in college football history, has dominated in past decades, but has seen leaner times recently, and is loved and hated in nearly equal measure. Their iconic and mostly unchanged uniforms are universally recognized and their program so steeped in its own myths, it’s practically a religion. They are celebrated for balancing sports with academic rigor and, ultimately, prioritize values. And that team will play Notre Dame.

Sure. SOME people hate Texas, but nobody casually likes the Irish. You’re either all-in and illogically optimistic that this will be The Year (it hasn’t been since gas was $0.91/gallon, Rick Astley was famous in an un-ironic way, and the phrase Yippie Ki Yay wasn’t immediately followed by an M. F.er) or you abhor them with the vitriol of 10,000 Sand Snake poison knives (and we’re talking book Sand Snakes, not that weak HBO ish).

Why Everyone Should Hate Notre Dame

Though there are probably reasons to like Notre Dame, there will be no further mentions here. They are the paragon of self-righteousness; a bastion of elitism and privilege wrapped up in an only thinly-veiled "but we’re good Catholics" smarm. It’s basically Baylor with an unofficial hobbit mascot and deeper pockets. There’s a certain type of person who had been waiting decades for Notre Dame to be good--not beating Service Academies and UConn en route to 8 wins and bowl good, but Manti Te'o before we learned what catfishing was, National Champion contenders GOOD--and has let all of that insufferability come flooding out. These are either a) awful old people who see Notre Dame being good as a cultural throwback to the halcyon days of certain people just knowing their place (with none of this pesky comeuppance) or b) young people who are actually psychological Benjamin Buttons and buy the crap that group A is selling. (Drew Magary once described them as the "Donald Trump of football teams, a gaudy program that has a elephant-sized blind spot to its own wretched taste." And that was years before his presidential bid).

To their credit, they really have been doing this thing a lot longer than the "New Money" programs. Again a Baylor for comparison. Sure Baylor is good at football now. And sure they have a jaw-dropping and stomach turning case of a football player/rapist and institutional mismanagement. But like some kind of Rape Culture hipster, Notre Dame has been doing that since way before it was cool.

But the sex, wanted or or otherwise, is usually reserved for the football players. After all, this is where "The Grotto" refers to a place of solemn prayer rather than bikini-clad Bunnies. Most students suffer from crippling alcoholism as a symptom of repression and lack of sexual outlet (that Catholic guilt).

Oh and Touchdown Jesus? I won’t go all Dana Jacbosen here for fear of blasphemy, but the dude’s is always handing out blessings...just not always for the correct team (what with Notre Dame’s 85th ranked scoring defense last season).

Rudy? That film is so great and touching because it basically combines the storytelling nuance of a Leni Riefenstahl feature with the melodrama of your mom’s all-time favorite Lifetime movie. You know what the best part about it is? Joe Montana basically admitted the whole thing was a fraud and they hoisted him up a joke. A troll move, pre-internet. If the story wasn’t enough of a fraud, Rudy getting pancaked by a different SEC (that being the Securities and Exchange Commission) for his fraudulent claims about his energy drink, obviously called "Rudy: Dream Big! Never Quit!"

I’ve known the archetype. In the Glory Days of high school football, we also had a scout-team All-American. After the coaches angrily told us to run the same play again, that clairvoyant hustler would somehow shoot that A-Gap for a big Rudy-like tackle for a loss. People really love guys like that.

And the Longhorns have their own Rudy! The gritty, gym-rat, team-player, coach-on-the-field, deceptively fast, salt-of-the-earth walk-on actually played 13 games last season is the leading returning tackler (that actually doesn’t make me feel better).

But the best thing about the movie is surely Newsday’s report that man himself had seen the movie 26 times...and "cries every time." Hero.

And finally there’s Brian Kelly, or should I say "Corbett Family Head Football Coach Brian Kelly" has a bio on Notre Dame’s website. It’s a smidge bombastic. At Arial 12, single spaced, we’re talking 14 pages. That’s a college-level English Lit essay. Though admittedly it takes another 1520 words to make the jump from "Short Story" to "Novelette." That could be a good use of the comment section. 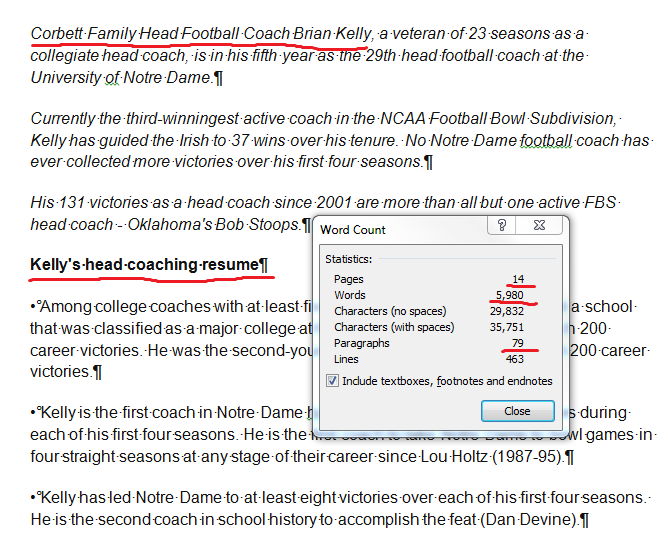 Adidas has big plans, and that includes new uniform pitches for every college football team. Thankfully, our intrepid reporters at The Pregamer have been able uncover some of the new Adidas prototypes. We start the season with our favorite new look for the Golden Domers: 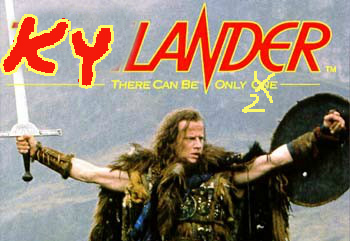 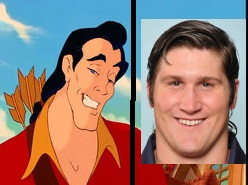 Better Tally How Many Presidential Last Names We Face

Five down (Bush! is a double, potentially triple score word). Holding out for an Obama, Van Buren, and Cleveland.

After listening to Lou Holtz: Man, Motivator, Magician,  I am feeling pretty confident. I mean there were times when the Jedi Army was the only team he'd pick against UND, and they're obviously scared having preemptively cancelled the second home-and-home of this series. Close game with Notre Dame driving for a 4th quarter win. An inspired Charlie Strong puts Trey Holtz in at defensive end. He makes a game winning tackle. The Longhorns carry him off on their shoulders. Tears. Hollywood.

Life a tricky thing. Some years, you’re rolling around the Rose Bowl in a golf cart while the confetti falls -- others you’re sitting at a focus group testing in some Arlington strip mall. Unfortunately, this feels like more of an Arlington kind of year. Domes by 13.

I refuse to comment whore by making fun of Arlington's concrete sprawl and lack of identity. Texas wins by 4 nyan cats.