Share All sharing options for: Phil Fulmer Did Something Smart: Phillip 1, Universe 1,542,134

Phillip has had quite a week. 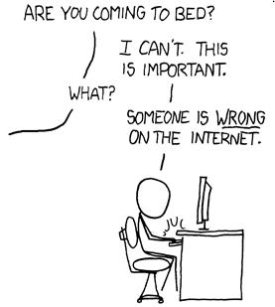 Columnist John Adams, who apparently has a history of being overly tough on Fulmer, calls for Phillip's firing in a column a few days ago. Fulmer, instead of doing what any other coach would have done and never mentioning it in public ever, gets his boxing gloves and and fires back. What!?

You can read the article here and Sir Phillip's letter here.

This isn't Alec Baldwin writing in to the Moon Bat Gazette threatening to move to Tanzania because Chester VonShrubington, Jr. got elected president of his daughter's PTA. Head football coaches of major universities are more than coaches, they are spokespeople whether they like it or not. Some embrace the job to a fault*, but everyone more or less accepts that part of recruiting is selling yourself, and part of selling your self is civility with the media.

But the more I thought about it, the more insidious it appeared. I may have a screw loose, but I see more than just an angry fat guy pounding at his keyboard. I see ulterior motives.

I seem to be alone in this, so far. Most Vol bloggers I can find are taking issue with the opinions set forth by John Adams, even if he does make some pretty salient points:

In the last six weeks, eight UT players have either been arrested or disciplined for breaking team rules. The most recent crime involved punter Britton Colquitt, who allegedly hit a parked car while driving under the influence. To make matters worse, police also say he left the scene of the accident.

Fulmer’s response was swift and soft. He suspended Colquitt for the first five games of the 2008 season.

Keep in mind this wasn’t Colquitt’s first brush with the law. Or second. Or third.

How could Fulmer not dismiss Colquitt from the team after what could be fifth alcohol-related offense?

Answer: Colquitt is a starter.

Remember a couple of years ago when three UT players were arrested following a disturbance at a local bar? The two backup players got one- and two-game suspensions. Arian Foster, the starting tailback, was suspended for half a game.

Fulmer’s explanation: Foster served as a peacemaker. But that’s not what the police report said.

Admittedly, I don't follow Tennessee, so this could be one sided spin for all I know, but it sure doesn't look good. He later points out that in the last ten years, two former Volunteer players have killed people. I'm guessing Phillip doesn't have that on his resume.

The response is pretty tame. It's just PR nonsense about how he

[looks] his mother or grandmother in the eyes and [promises] to treat the young man like he was my own child - giving him tough love when necessary and an opportunity to straighten up when that's in order.

He doesn't go into any specifics about actually doing this, and doesn't defend his record at all, aside from raw wins and losses. Apparently, Phillip borrowed Barack Obama's empty suit.

Since I have watched maybe 2 UT games in the last 5 years, and read 0 articles about them, it would be unfair of me to judge either way. I simply don't know who is right here. The thing that struck me was that he wrote the damn thing in the first place. At first, I thought pretty lowly of Fulmer, but that's status quo around here anyway. About halfway through writing my initial response, I shifted gears. A lightbulb went off.

I don't think his message came out of anger or frustration, not anymore. Fat Phil just got a free, national sales pitch to recruits and their families. He didn't argue the specifics, no doubt a losing proposition when you still have a five time law offender on your team, but boy did he bring the cheese. You will very rarely catch me accusing Phillip of doing anything intelligent, and I still have my doubts that this was his intent, but he just got his spiel plastered across every blog in the universe for everyone to see. Tennessee just had 8 arrests in 6 weeks. While it's old hat for Tennessee a this point, what better way to damage control that using the mass media to say it to everyone instead of having to call 50 kids tonight? What better way to combat the rampant negative recruiting that will surely follow the incidents by broadcasting this:

At no time in my tenure has a player's football skill or athletic success been a factor in the way he was disciplined. Never. Our internal discipline is based on one factor alone: the course that is most likely to help that individual young man make amends and get his life straight

to the world? You can almost see the silhouette of the Tennessee version of Bill Little standing over his shoulder. All that's missing is a reference to a tranquil lake at dawn, or some underdog being gritty in hot weather.

A rare cunning move for Fulmer. I guess I have to credit the athletic department for that one. Most coaches would've packed it in, suspended the players, and not said a word. Bob Stoops refers anyone to his lilly-white ass that dares ask about his disciplinary procedures. Bear Bryant would probably make the reporter run laps.

Could op-ed pieces be the new text messaging? It certainly reaches a wider audience, and made me care about Fulmer for the first time since Greg Barnum was involved. I read what he had to say. I don't believe it, but I'm not an impressionable 17 year old who picks schools based on who likes sushi the most.

Color me cynical, but I expect a lot of SEC coaches to start blogs in the next 6 months.

*when I did a Google search for Mack's image, I got this. I couldn't not leave that unseen.