Texas and OU will wear special uniforms for this Saturday's game, featuring gold-lined jerseys, gloves, and shoes for the players; and golden parachutes for the Texas coaching staff.

Mack Brown will also be outfitted with a tearaway, moisture-wicking gold diaper for easy changing at halftime.

Thanks Nike! Whatever continues to distract our players and staff from actual game preparation...

The Nike Pro Hypercool Baselayer Top features a directional chevron pattern which signals the travel each team takes to Dallas. In an additional twist, the chevron mirrors the hand gestures of the fans -- Texas' upward "Hook 'em, Horns" is one of the true icons of college athletics

Might as well embroider the downward Hook'em on the Sooners gear.

Mike Davis also issued an apology of sorts for the cheap shot in the endzone against Iowa State DB, basically saying it got blown out of proportion and that he'd do the same thing again if the same play were called.

"If we have another run-pass situation, I'd do the same thing. If the DB's loafing, he's going to get cut."

Keep it classy, Mike. And thanks to Mack for letting rogue idiots like Davis continue to erode what little positive reputation this program has left.

This is going well so far, no?

David Ash suffered a reoccurrence of concussion symptoms. He needs a full week to be cleared."

As opposed to 48 hours before the BYU game. Interesting how the policy has conveniently changed after rushing him back too fast and likely ending his season.

On why we announced so early that Ash was out for OU:

"We didn't want David (Ash) having to walk around trying to hide it."

Fucking brilliant. The anti-Belichik. Go ahead and email Mike Stoops the first 15 scripted plays while you're at it. Oh wait, he already has them from 2003.

"It's Case's turn. He made some good plays against OU last year." 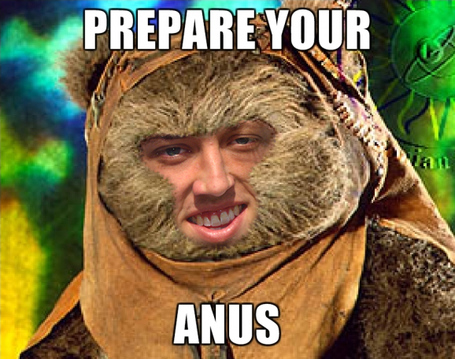 "We will continue to work Tyrone (Swoopes). We do what gives us the best chance to win. If we thought it was better to put him in, we would. We'll also use Jalen Overstreet at QB because we're not sure about David Ash's future."

What perfect timing to bring in a freshman QB for his first college snap because you injured your starting QB indefinitely and still pretend Case McCoy is a functional quarterback. Keep threatening to unleash the Centaur, Mack. Stoops won't see it coming!

On recruits coming to the game:

"Every prospect in the state will be at this game (UT/OU). And most of the kids have already decided who they like before the game."

And what about after the game? How do you "fix" a decommitment? Try to anticipate which ones may leave and pull their scholarships in advance? Bellmont strikes again!

"We probably got away from the run a little early ..."

That feeling you're experiencing right now ... it's like deja vu mixed with AIDS. Never really goes away, comes back with a vengeance every Monday at noon. Utter logic failure knocks planets out of orbit. Did it not seem like Iowa State's defensive coordinator was calling our offensive plays?

"Defensively, our linebackers didn't play well. We have to get guys in the right gaps, right lanes."