Longhorn fans can eject the shuttle pod and orbit in space for the next few years until the Bellmont Aparatik transitions power to a new party that gives a shit about winning football games.

So, how was your trip to Provo? Yeah, I love Moab. Great mountain biking. Where did those arches come from? Oh I know, Bridal Veil Falls is beautiful this time of year. So, did you happen to catch the game? 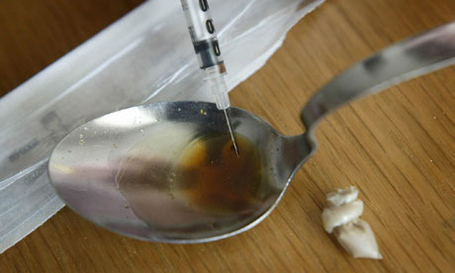 I LOVE YOU MACK. THANKS DELOSS. WE ARE ALL TOMMY NOBIS. IS IT WARM IN HERE? OH LOOK HEADLIGHTS. HOW FUZZY AND BRIGHT. MMMARSHMALLOWWSSSES. UNICORNS. IS THAT THE DREAMWAGON? WEEEEEEE. NIGHTY NIGHTY BEVO.

Next up: Ole Miss comes to town all hotty toddy to beat up on a reeling Texas team. Their work may be done by halftime if last week was indication of the fight left in this deflated unit, playing without David Ash or Daje Johnson. There are other games to be won, however. Enjoy the scenery and be sure to grope babes in blue & red until fights break out. Attack their date's weak spot at his SEC swoop -- the 12-inch long hair part on the side of his plus-sized head. We have nothing left to lose other than dignity, which will be taken from you in Dallas anyway. Don't call family. Sailor Ripley will send W.W. McClyde to bail you out of jail. This is what the beginning of the end feels like and we still have a long ways to go. Embrace the pain and let it fuel your poor decision making! Can divorce and foreclosure be far away? #WEWERETEXAS.

This was the year Texas finally had a shot at beating OU. Forgive that comical notion. Despite the Sooners humping eachother for the larger part of four quarters, highlighted by two picks from Trevor Knight in the third quarter, the Sooners hung on to beat a young WVU squad 16-7. OU's OL and QB play looked terrible, regardless of which QB was in the game, but when every other team is judged in comparison to Texas, the Sooners looked like the 2001 Canes. They held WVU to 3/13 on third down and forced three fumbles.

Next up: Sooner brothers/cousins make the short trek from Tulsa. OU wins another ugly one, Tulsa covers.

Under new starting QB J.W. Walsh, the kid who should have been starting all along over Clint Chelf, the Cowboys hit 80 fast and left it on cruise control for 3 quarters, taking a 42-7 lead. Then they benched their starters and the Roadrunners reeled off 28 points in the fourth quarter in one of the worst backdoor covers my wallet has suffered in years. Brutal. UTSA scored a meaningless touchdown with 1 min left in the fourth to cover OSU -28. Things look to be back on track for Okie State after a sloppy week one victory against Miss St. The Cowboys and Bears have the early inside track for the conference crown, but only one of these teams plays defense.

Mack Brown would have offered as a DB...

Casey Pachall just can't catch a break, except in his forearm. Patterson won't elaborate on the extent of the injury, but it's safe to assume Trevone Boykin will be the starter for most of the season, if not the whole thing. He got the job down against Southeastern Louisiana, but then again Pachall's dealer probably could have stepped in. Gary Patterson can't be happy about his defense can't be happy about giving up 17 points, 18 first downs, and 132 rushing yards to a QB, but that's half of what Texas gave up to Taysom Hill. Manny would have been fucking thrilled. It's all relative! Former Nebraska RB and Texas recruit Aaron Green scored his first TD for the Horned Frogs.

Next up: At Texas Tech. TCU is only averaging 189 yards per game, while Tech is humming along at 450. TCU's D isn't exactly getting it done either. If Aggies were still around they'd say, saw the horneds off! Which is exactly what Tech will do.

Baylor had 63 points and 500 yards of offense against Buffalo. At halftime. RG3WHO? Petty, Seastrunk & Co are just destroying defenses good and bad. Lache had 165 yards and 3 scores, likely kickstarting a Heisman race with BYU QB Taysom ha! ha! ha! ha! Hill. Does it matter if Baylor's D still sucks and willingly allows 40 points to any credible offense? Not really.

Next up: Louisiana directional school flavor o' the week: LA - Monroe. Baylor is already up 28-0.

West Virginia got an early lead on OU 7-0 and never managed to score another point, less a testament to OU's D than than more mistakes by Holgo O. On one play, young phenom Dreamius Smith will make 8 guys miss on a 75 yd TD adventure, on the next he'll miss a blitz pickup and his QB gets killed. This is why Holgo drinks a lot. Karl Joseph gets better every week and is worth the price of admission, which in Morgantown is about $27.

Next up: A very timely matchup with 0-2 Georgia State, with whom the Mountaineers are favored by 38.5. I'd still take the points.

Next up: the Iowa Hawkeyes and the art of horizontalism as practiced by Greg Davis come to Ames. They still have to use GPS to find it despite living in the same state. Who will claim this year's Cy-Hawk trophy?! 8 fans listening on ham radio will find out. Iowa St. 3, Iowa 2. Paul Rhoads' signature win of the year.

True Freshman Baker Mayfield continues to light it up, throwing for a total of 720 yards in his first two games. Trevor Knight might not hit that mark for his career. The Red Raiders led SF Austin 45-7 at halftime. Five different receivers scored a TD and Kenny Williams added two more on the ground. The defense gave up plenty of yards in the air between the 20's but clamped down in the redzone and held SFA to 69 yards rushing on 32 carries. I'm not a huge stat guy but this is preferable to 15 yards per carry.

The Wildcats rebounded from the loss to North Dakoter State with another average showing against U-La-La. After taking a comfortable 20-3 lead into halftime, Snyder took a nap and didn't come back out until a trainer woke him up in the 4th quarter. The Wildcats gave up 21 points in the third quarter but decided to score 21 points of their own. Take that, Cajuns! First downs, total yardage, and time of possession were far too comparable for Snyder's liking. Mildcats are back, which means they'll still savagely beat Texas into a pulp in two weeks. If anything, the curse is strengthening.

Next up: UMass. Gotta love a K State non-con schedule...

Always saving the best for last, the Jayhawks matched their win total from last year on the first game of the season. Jake Heaps threw for 110 yards and a TD. That's mroe than 25 yards per quarter! Charlie Weis couldn't be happier. James Sims chipped in two TDs on the ground and Jayhawk fans haven't been this happy since Selection Sunday =.

Next up: Rice. Expect a packed house.