An Opener that Texas should win...handily

(*Watch if our Header Image makes no sense...gotta hand it to you, this might be a long, inside-joke filled read)

Folks we are back from hibernation and after a turrrible 2019, Texas ended its worst decade in history on a high note! It’s only up from here!! We’ve basically been nursing a 9-month hangover in the dark, and surely we find ourselves in glory days after Sam Ehlinger, a Texas running game averaging over 6 a carry, Joseph Ossai in the opposing backfield, and D’shawn Jamison on return duties laid a very obvious blueprint for success and 2020 will be the first year of our #NoStressDecade? Happy New Year, indeed!

Wait…the Farmer’s Almanac (and Seinfeld) confirms that the year 2020 is still part of the past decade...and the world is currently locked down with what??? And how many have died??? And the Senate found WHAT with the impeachment??? And so sports are still...continuing?

This will take a bit to process, folks. But as of now, the time is 10:37pm, Tuesday September 8th, the accursed year of 2020. As of this writing, Texas football is still on for Week 1 (or is it technically Week 2? — Or is technically the beta version 0.2 of the season because we’ll release the full version in Spring?). USF already preempted the COVID-cancellation by eliminating our shot at more Charlie Strong turtleneck memes. Now our Big 12 underlings are dropping opening days like they’re Milwaukee Bucks future contracts.

Luckily, so far the rest of the Big 12 is on track to play this weekend (thank God Sturgis isn’t in Big 12 country). Texas Tech just laughs at infectious diseases in general while scientists frantically analyze cultures of Red Raider co-ed’s antibodies, as the cure for everything is probably in there somewhere. Oklahoma has stopped releasing COVID data publicly entirely, citing ‘competitive disadvantage’ because they need every edge they can get until the Justin Fields transfer request goes through. West Virginia is perpetually dry heaving as they realize 0% stadium capacity means they will have to watch the game from their couches, which can’t (well, technically shouldn’t) be on fire if they are literally sitting on them (burn wards are frantically stocking up on supplies, please donate). The Kansas schools are actually thriving, as their state density is finally proving to be an asset. And Iowa State? Well they’re stretched a little thin as Matt Campbell has invoked his Campbell Soup clause, trying to capitalize on the ‘Chicken Soup for the Covid Soul’ crowd.

But before Texas gets into a big 9 game schedule against the ten Big 12 schools, there is the issue of beating some Minors. Which shouldn’t be hard, because everyone on our team is at least 18, with many closer to 22! We kid - we obviously know this is the UTEP Miners, who put the L in “L Paso.” The fighting Mia Khalifas have exactly one FBS win in the past 3 years, but do boast more men’s basketball national championships than all other Texas schools combined! If the UT starters find themselves in the game beyond the 5 minute-mark of the 3rd quarter, consider that a canary in the coal mine-r for the rest of the season.

It is an unprecedented year, Horns fans, one wrought with not just the anxiety of Big XII title aspirations but a year where each week will be interwoven with the unspoken apprehension of a season that could at any moment go up in smoke. Everywhere you turn there are sacrifices throughout the college football world. There will be no tailgating at The Grove. There will be no Pac 12 after dark. There will be no ritual Buckeye blowout of Michigan. There will be no cupcake November FCS matchups for unnamed SEC teams to pad their W-L records. It simply won’t feel like a normal college football season. So soak up every minute of every day, Horns fans, because we are one of the lucky few. We have football. And also, Maryland definitely can’t hurt us this year.

Of the 119 UTEP Miner players: 46 are transfers from Juco/other programs, 20 are caucasian, and 100% are familiar with Marty Robbins and Feleena’s tragic love story. They also have kickers numbered: 13, 29, 40 and 49. This is bound to get weird for the only Texas school in a different time zone.

Steven Hubbard (OL, Jr) - More like Steven HubBEARD, amirite? Amishly, this is a terrible start to get off to. Many days and Menonites have passed since we last wrote one of these...let’s just chalk it up to us not being quite Haredi...we’ll Sikh to do better in the future.

Tucker Dunbar (OL, Jr.) - transferred from something called “American River College.” Which means he Justin Long-ed his parents into paying for him to go fishing. Tucker Dunbar also sounds like a character from a mid-2000s slacker-comedy.

Kway’Chon Chisom (DB, Jr.) - I never know why I chose a particular name to investigate anagrams. You just feel it. A certain alphabetical no se que je ne sais quoi. Kway’Chon gave us:

Connor Helsius (LB, Jr.) - Only 3 countries on earth still hold out from using Celsius, so everywhere outside of the US, Burma, and Liberia will totally love my crime fighting comic book where a scientist named Connor Helsius by day moonlights as “Honor Celsius” at night.

Darius Baptist (DB, Jr.) Praise Amaewhule (DE, R-So.) - Baptist Praise? Bless your heart, I grew up in the Baptist Church. If you raised your hands too much or threw too many ejaculatory “Amen”s, you would be the topic of conversation at Luby’s. (This joke was written before the news. RIP to the Luanne Platter)

Gavin Baechle (K/P, Jr.) - While his name looks like a knock-off Boosh, that face is way more Uncle Rico.

Davis Burns (WR, Fr.) - I’ve seen the kid’s HUDL, so I can only imagine his name is more of the Tech variety.

When I say "ol’ Lego-head lookin’ boy," which of these guys comes most to mind?

This poll is closed

There were plenty of reasons to justify all-day football watching last Saturday beyond just yearning for a sense of normalcy that being swaddled in the soothing facade/blanket of “amateur” athletics provides. For instance:

Which of these is a socially-distanced, Covid-restricted stadium capacity photo of UTEP’s Sun Bowl as opposed to regular?

It was a trick! These are all from the team that flirts with the FBS 15k attendance requirement.

We at The Pregamer take COVID-19 precautions incredibly seriously. As such, we will not be able to promote the music of artists who chose to violate social distancing guidelines and held shows during these uncertain times. For this reason, unfortunately, we will not be able to feature music from such revered artists as Smash Mouth, Fozzy, The Chainsmokers, and Chase Rice. We will find a way to endure, though please remain patient as the quality of our programming will surely suffer. 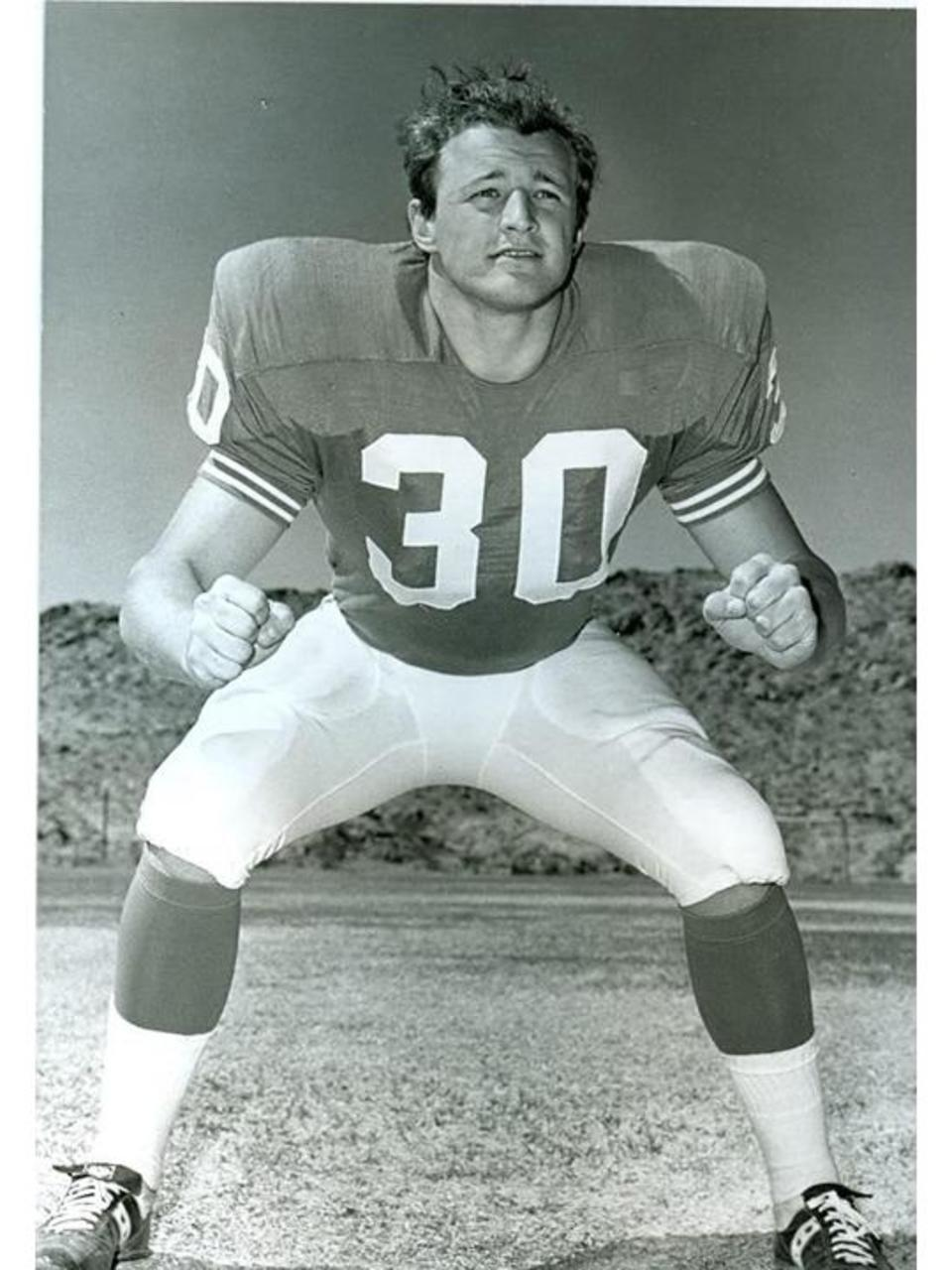 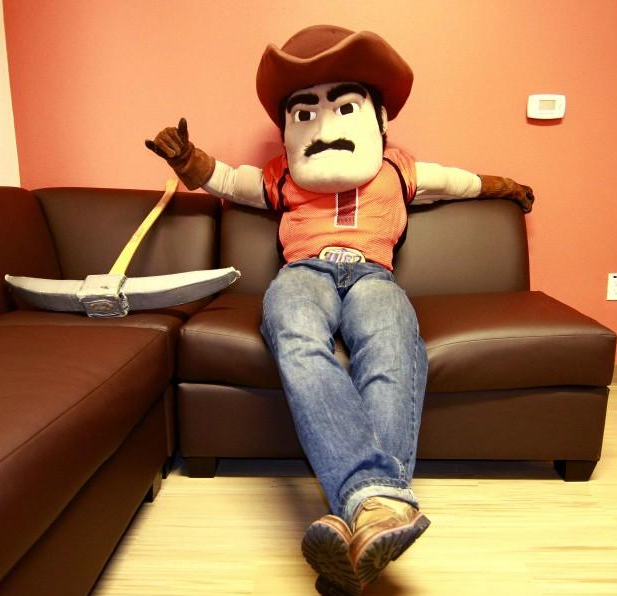 Who’s better for going through this thought experiment? Humanity.

Kyle Carpenter: I have watched about 23 full TV shows and Lord-knows-how-many movies during this extended lockdown since Texas last played. I have TNT-known drama®, I have laughed until I cried, and I’ve gone deep in the Tiger King extended universe. I am happily looking forward to my eyes glazing over and just letting the Texas touchdowns wash over me, carefree. 63-7.

Intern Eli: Sam trucks some poor cornerback back to the Mines and Metallurgy ages. The Zoom Invite to New York starts in Austin, and it’s one Sam clicks on immediately. Texas- 54, UTEP- 6.

In this unprecedented time, people are going to great lengths to find creature comforts. Craving that hot dog/6 inch sub/phallic imagery? Your wife always had a thing for the Gonzo muppet? Born a eunuch? Snack Mask has your Covid needs covered!

Never forget that in 2009, the week after trailing the eventual could’ve should’ve been National Big-12 Champion Texas Longhorns 47-7 at halftime, UTEP beat a Case Keenum and Kevin Sumlin (and Dana Holgorsen) outfit ranked #12 in the country by having something called a David Buckram rush for 262 yards! This of course was their last win versus a ranked opponent.