"The first open practice under the new staff was the most clear evidence I have seen to date of how much the culture of this team has truly been changed. I have been attending Texas football practices for about a decade and this was the most physical practice I’ve ever seen. Moreover it was clear that today was nothing special… this team is going to be tough because it’s part of their routine."

"I left practice still feeling encouraged about the potential of this team. The two days of practice served to reinforce the notion that Texas is becoming the type of program that I had always wished I was pulling for."

If you’ve been reading Barking Carnival for long, you may recognize that the above quotes would be correctly attributed to me. In the preseason I wrote an article for a magazine that also contained the following:

"Two years ago, Texas football under Mack Brown had a near-death experience. Some believe Brown saw the light and Texas is a born-again football pantheon, maybe stronger than ever. Others view Brown's program as a quickly withering husk, trying to make a dignified last stand."

In retrospect it would seem that I got the dichotomy correct, but I came down on the wrong side of the results. Think of me as Piggy from Lord of the Flies: holding a conch shell and nattering on while a two ton boulder plummets down on my head. 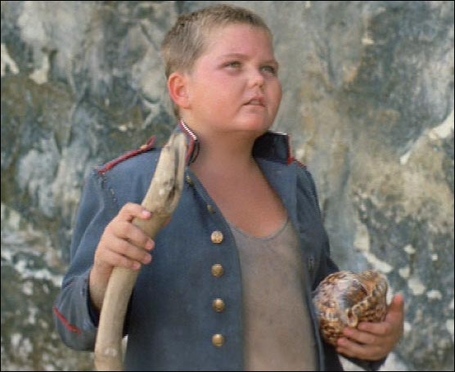 I don’t apologize for that, because I am an analyst who thought that this program rehab was being done the right way at the time and analysis is not really a predictive process, no matter how much we try to make it one.

When I was younger, I used to think of emotion and rationality as separable. Even more laughably, I fancied myself capable of minimizing the former in favor of the latter. Over time, I’ve come to believe that my rationality is an extension of my emotional makeup and I have also come to recognize that there is intelligence and insight contained in my emotional reactions that is worth consideration.

We checked into Dallas for our annual exam. Once again, the Sooners sliced us up and sold us for parts. I can’t really analyze what happened to the Longhorns without recognizing the emotional context. Sure we could talk about how we "defended" the Belldozer package with DBs in three point stances, or how easily their offense recognized and targeted our blitzes pre-snap, or our offensive gamplan that didn’t account for OU’s defensive identity. All of those strategic themes were problematic, but none of them explain how thoroughly defeated we played. Instead, the most troubling aspect of the game was our tone. Hollow. Polite. Just trying to survive. "Just leaving us the one kidney, then. Oh, you really need to take both? I understand."

If it isn't obvious from my contributions over time, what I enjoy the most about football is seeing when strategic and tactical elements come together with talent. I’m an optimist in that sense and my analysis will always be an extension of that. I have spent the last two years detailing the different aspects of the team that I believed would eventually lead to an excellent product. I still believe in those central tenets and I will continue to point out what’s going on from week to week and attempt to learn more and more about the game.

But the timeline and subtext have changed for me. It’s clear now that the program is not what I thought it was. Texas is trying to rebuild the engines while the plane is in the air. Last Saturday we dropped out of the clouds and saw just how close we are to the ground. Anyone got a conch?