Share All sharing options for: Stanford AD to be New Big 12 Commissioner

CBSSports.com is reporting that Stanford Athletics Director Bob Bowlsby has agreed to become the new commissioner of the Big 12. Bowlsby has called an all-staff meeting at Stanford for Thursday morning, and there are reports he could be announced as the new Big 12 Commissioner as soon as Friday. 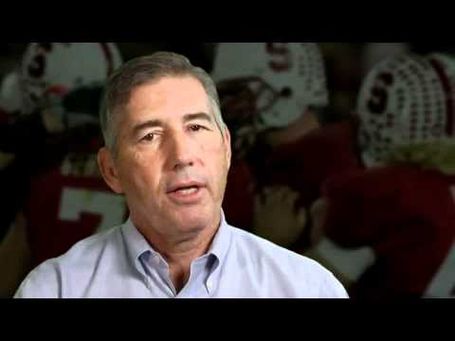 Bowlsby has been the AD at Stanford for six years and before that served in the same capacity at Iowa for 15 years. Bowlsby will replace acting commissioner Chuck Neinas, who took over for former commissioner Dan Beebe who was fired in 2011.

Bowlsby was a key player in the Pac-12's groundbreaking media rights deal that the league recently negotiated. The league reached a 12-year contract worth about $3 billion last May with Fox and ESPN, and then announced plans to launch a new conference-owned cable package with a national cable television network, six regional networks and a digital network to supplement network coverage and create more exposure for Pac-12 athletes.

Among Bowlsby's first orders of business for the Big 12 will be a new television deal. Chuck Neinas has been pushing members to agree to a long term grant of media rights to the league that would make it all but impossible for schools to bolt.