Share All sharing options for: A'Shawn Robinson @ The Opening 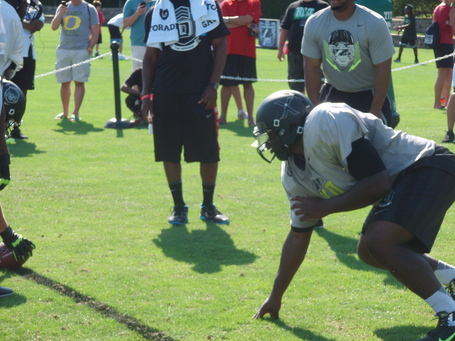 I aspire to be someone who can change his mind when presented with new evidence and A'Shawn Robinson made me do that this weekend. Based on his junior film, the direction of college football, and his physical specs, I thought Robinson's best position was on the OL, where he possesses tremendous upside. Frankly, I thought his abilities would be somewhat wasted as a space-eating DT.

Robinson can play wherever he likes if he'll keep working hard. The Opening changed my mind and I'm now convinced that he's fully capable of impacting the game on either side of the LOS. High level competition sparked Robinson's want-to (let's face it, high school DT is boring when they're avoiding you) and when he wasn't overpowering opposing OL, he demonstrated the kinesthetic intelligence to incorporate the new techniques taught him by camp coaches Ndumakong Suh, Chuck Wiley, and Kenard Lang almost immediately. All three took a special interest in A'Shawn (particularly Suh) and it didn't take long to see why. It also hammered home how important kinesthetic intelligence is for an athlete. If you can duplicate and internalize skills or a technique immediately, you're stockpiling gridiron AK-47s while peers are still sharpening sticks. If you're also physically superior, I know who will win that fight. 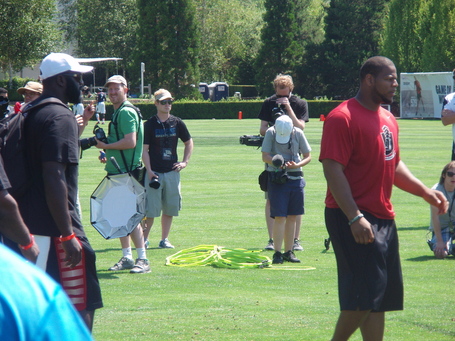 A'Shawn was the strongest defender at the camp, but it was his surprising mobility and learning curve that set him apart. He dominated one-on-one match ups throughout The Opening, losing only one battle. That was to outstanding interior OG and FSU commit Ira Denson - Robinson's only physical equal. He made up for that loss a play later on Denson, but it was a real struggle. He'd experienced his first adversity. He wasn't a happy camper.

Instead of a sulk, that loss was the foundation of A'Shawn taking it to the next level. Denson forced Robinson to adapt. By the late afternoon session on the final day, the coaches threw them together again for a rubber match showdown. Robinson shot from his stance like a sprinter, exploded into Denson, put on a gorgeous feint and rip move, turned the shoulder, and left the massive guard in his vapor. It was a shocking display of athleticism for a 6-5, 305 pound athlete. As the entire camp exploded with approval, the NFL coaches all looked at each other and shook their heads as if to say,"We just taught him that an hour ago." 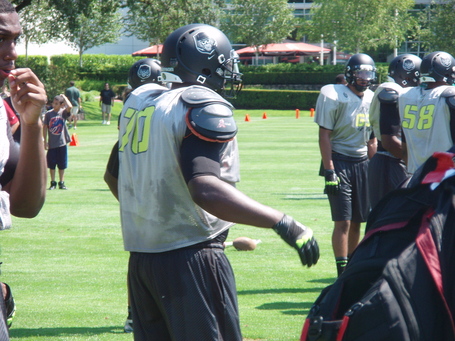 Physically, Robinson carries his weight very well yet still has room to firm up and get stronger. Kenard Lang and I talked about Robinson and that's a point he made emphatically - he thinks Robinson will now overlay his natural strength with explosive movements in the weight room and get even more athletic. It was also clear that this was the first high level instruction A'Shawn had ever received.

Robinson certainly proved himself as an elite national recruit and he's clearly a Top 10 player in the state. Bo Davis - look out when Stacy Searels comes around your meeting room. He's not there for the doughnuts.