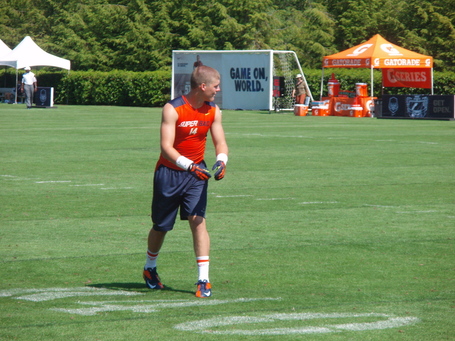 Jake was concussed at the end of the first day of 7on7's, so he had to sit out the rest of the tournament. However, this is what I saw in his day of action:

Jake Oliver looks like he does on film. Good routes and a clever understanding of how to work towards the QB, or away from zone coverage, and when to settle in the gap. He's not going to threaten a defense running straight down the field, but he suckered DBs on a stop and go, and on an out and up route, one of them good for a long completion. Showed speed limitations when he tried to run a go route against Cameron Burrows, a 6-0, 200 pound corner from Ohio who couldn't be muscled. Ball was slightly under thrown and picked. Oliver's main strength is a strong body and athleticism good enough to allow him to work to find the spots in a coverage scheme, not consistent exploitation of a man straight up. Unless it's a small corner. The more organized the football and the better the weapons flanking Oliver, the more effective he'll be.

Three years from now, he's going to roll at 6-3, 215 and catch everything thrown his way. Surround him with speed and he'll move the chains all day. That's an asset. 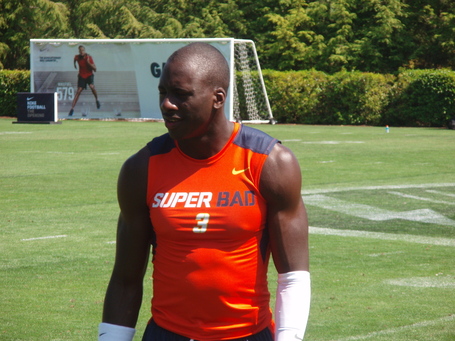 Jacorey goes around 5-10, 170, but you can see that he's pretty cut up and built long with a frame that can carry another 15-20 pounds. Warrick's game is about quickness more than pure speed, particularly with the ball in his hands, and though his Team SuperBad won the 7on7 title game, he played third banana to Ryan Switzer (most productive small WR there, Wes Welker type headed to UNC)and Torii Hunter Jr (Tournament MVP). The higher level corners erased him. Below, you see him matched with Ohio State CB commit Cameron Burrows, one of my favorite players at The Opening, and a real load at 6-0, 200 pounds. Warrick will play slot WR and should offer value as a punt returner. 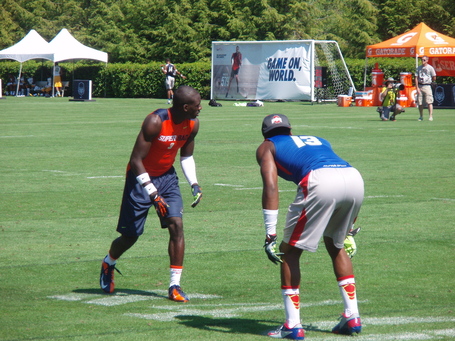 Jake tweaked his shoulder and couldn't go all tournament, but I said my piece here.

Spoke to Jake Raulerson's OL coach (Nick Ekbatani) at length after the drills. Nick started on OL for UCLA and saw a lot of himself in Raulerson. Had several sharp, astute observations. Jake played up and down the OL and we both agreed that C/G is his best home. Did well against guys his size (Jason Hatcher from KY), but A'Shawn Robinson demonstrated the difference between 255 and 305 on a run blocking drill. Raulerson is technically very proficient and he'll run through a brick wall if a coach asks, which has endeared him to all of the coaches here. As I advise with all OL, worry about what he is at age 21, not 17.