Stuff happened last week. We bring you up to date.

It's Monday. You feel like shit. That gallon or so of banana daiquiris is exacting jackhammer-style revenge on your cranium, and your colon's not exactly loving life right now either.

Well pull yourself together, Jackson. Fast. It's Monday Round-Up time.

Bob Stoops' house was burgled last week. Aside from steel-toed puppy-kickin' boots, blood-stained pentagrams, and soiled photos of Jay Leno's chin, it's not clear what was taken from the home of Oklahoma's leading asshole. But odds are high that a seedy McAlester pawn shop now owns more Big XII Championship trophies than Mack Brown.
----

Hey -- do you remember those Texas players who lost to Oklahoma by 50 points two years in a row and just barely scraped by a pathetic Kansas team last year? Good news! They're all back for the 2013 season.

This one comes from the recurring themes file: several people were injured when a structure under construction on the Texas A&M campus collapsed. The latest victim of Aggy engineering is the new Equine Center. And, presumably, some guys who were building it.

There is no indication of foul play. Which is too bad. Wouldn't this make a better story if the Equine Center's collapse was the work of an Aggie Equestrian starlet's jilted lover, lurking in the shadows and seeking revenge through systematic sabotage? 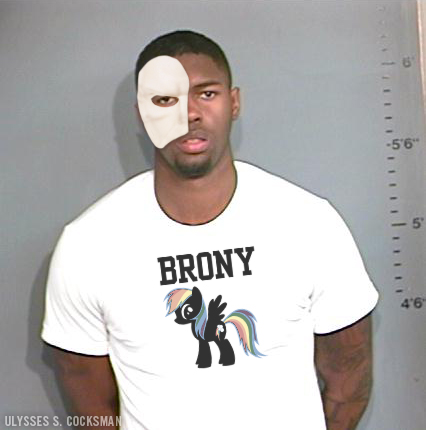 Finally, here's some good news for our nubile young readers in the Orient (Hellllloooo, lllllladies...). An enterprising young Chinese man (is there any other kind?) has invented an ingenious device to repel handsy perverts: nylons with leg hair glued onto them.

I think it will work. Because if anyone absolutely hates Asian girls, nylon stockings, and gender-inappropriate body hair, it's perverts.

Have you recently come across a zany news story you would like to see covered in the Monday Round-Up? Send a URL link to the story via e-mail to vasherized@catfancy.theinternet.netorg. Please include a wallet-sized photograph of yourself and state whether you have a latex allergy.