I'm here to do two things: 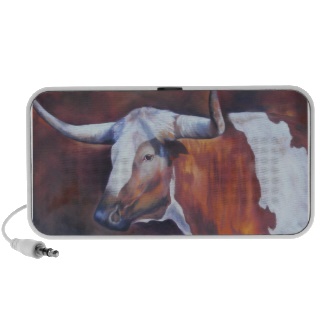 The off-season is that torturously drawn-out stretch when we cycle through the phases of Longhorn Grief.

Denial that football is over, feeding our habit with frenzied glances at recruiting sites and Orange-White scrimmage tableaus.

Anger over every dead-ass wrong rumor about when DeLoss Dodds will won't will won't be stepping down.

Bargaining with our collective Longhorn conscience/psyche about how, yeah, MJ McFarland probably will make All-American this year; and, yeah, Bryan Harsin did actually suck with his beady red Idaho eyes and sleep-deprived alcoholic face; and how, yeah, good riddance!

Then finally Acceptance that Scipio has abandoned us, taking his well-earned sabbatical and (in my mind's eye) spending his sunny Californian afternoons doing the Wop, holding hands with pot-dealers and gluten-free bench press enthusiasts, weaving and dodging between streetcars and animated bluebirds all while listening to this song, letting the light pour out of his soul:

Blessedly, the off-season is at it's end. But before it's gone--and we gnash football teeth and vent seething pigskin feelings over the next five months--let's look back at what we've experienced over the last eight months in Longhornland...in music!

**DISCLAIMER: All links herein may contain EXPLICIT LANGUAGE and/or 2013 popular music, either of which may offend sensitive ears**

The event: Here's a memory we'd all prefer not to randomly access (nooch), but remember when Case McCoy and Jordan Hicks sealed their Alamo Bowl Bro forever? Yeah, that happened.

The dedication: I send this one out to #6 and #3, the Woody Harrelson and Wesley Snipes of skanky hotel room cinematography. Turns out white men can jump.

The event: A bunch of golf pricks got mad at each other about lawmaking stuff and education and "do it for the kids". What we in the biz call "a power struggle". Or should I say...Powers struggle? N'est-ce pas?

The dedication: I send this one out to beleaguered UT prez Bill P. Keep fighting the, um, power. And don't stop beliebing.

The event: Bev Kearney kicks up much fuss about her firing, sexual chaos running unchecked through the halls of Bellmont, and all manor of various alleged hibbidy-dibbidy.

The dedication: I send this one out to Mack + Sally Brown 4eva. No, seriously, forever. They're not leaving. Quietly or otherwise. Ever. Birthday cards. Cookies. Fair.

Mack's therapist-relevant lyric:
"I am good, I am grounded.
Davey (Ash) says that I look taller (read: RE-ENERGIZED!).
I can't get my head around it,
I keep feeling smaller and smaller.
I need my girl.
I'm under the gun again...
I need my girl."

The dedication: I send this out to Dead Man(ny) Scheming. Watch your cornhole, Herm. (Cuban for "Bro")

Florida International's Next HC-relevant lyric (roughly translated):
"I live my life, day to day.
I dance the dance of wandering defenders.
I search my inmost mind for purpose, for reason.
Finding none, I dance my dance.
I live my life, and prepare my Work History."

The event B: Cayleb Jones had 99 problems and Robert Joseph-style bitch-kicking was one. And now he's gone. Good riddance!

The dedication: I send this out to Cayleb, Khat and Joey. It's hard being young.

"Love" Triangle-relevant lyric:
"Baby be the class clown,
I'll be the beauty queen in tears.
It's a new art form, showing people how little we care, yeah.
We're so happy, even when we're smiling out of fear.
Let's go down to the tennis court
And talk it up like yeah."

The event C: Burnt Orange hearts were sent aflutter from Tyler to Midland, Corpus Christi to Amarillo. We'll never lose another game. The Master of Dark Arts, Lifts and Football Tactics likes us back. Like likes us likes us.

The dedication: I send this out to every Longhorn's favorite Shorty. I know you're probably not gonna come to Austin, but...

But let's be real. The 2013 off-season, Longhorn or otherwise, was dominated by one man. There he was on New Year's Eve: Scarface with a champagne bottle instead of an assault rifle. There he was courtside: repping for his hometown Kerrville Heat/Rockets/Mavs. Hanging with Drake. $igning what needed $igning. But my favorite Johnny Football travail of the 2013 off-season was...

The event D: The Put-Upon Hero and AJ McCarron's Hot Girlfriend's Boyfriend blow out the French Quarter so hard Johnny can't wake up on time/work his iPhone alarm/stop dry-heaving cash and hubris. The PatriArchie bids him adieu. Bon debarras!

The dedication: I send this out to Manziel, J. And Uncle Nate. The Most Interesting Men in the Offseason. Stay hydrated, my friends.


The Only Freshman to Ever Win the Heisman-relevant lyrics:

That was it, more or less. In music. The off-season. Tip one back and be glad it's (almost) over. Good riddance. Sneak a peek into Grampy Mack's 2013 iPod and pump your first-ever Barking Carnival Mixtape.