A great poet once wrote: “Purple rain, purple rain. Honey, I know, I know, I know times are changing. It's time we all reach out. For something new, that means you too” (Translation: that’s right KSU, Prince is picking Texas!)

We here at the Pregamer don’t necessarily believe in witchcraft. Parents wouldn’t let us read the Harry Potter books because of the stuff. They almost tried to ban Pokemon because of the evolutionary line of "Abra/Kadabra/Alakazam" (which obviously wasn’t happening because we weren’t the rich kids with a link cable and non-stingy friends). (Also, who at the church was in charge of playing kids games for dozens of hours to see if the content was appropriate and do they take applications?)

So, needless to say, we have an uneasy relationship with the darker arts. Which is why every year when the schedule comes out, our muggle blood runs cold. Kansas State, with its team of walk-on Left Guards and 2-star running backs and prep school backup punters turned quarterbacks is a certifiable death machine. It’s no wonder that majestic bovine didn’t want to stick out just one more week (RIP, you noblest of beasts. I met you on multiple occasions and you were always a friend. Clear Eyes. Full Hearts).

Now, maybe it isn’t all Wizards of Sniderly Place. Really think about this take:

N ever received a speeding ticket

A walk-on! Jordy Nelson was a walk-on.

Do we even know if that is school-sponsored letterhead that he's been using? Is the purple ink from his own, personal reservoir? Has HE been buying up all the fetal tissue to supplement his Taco Bell diet and that’s how he’s spry enough to run like this at 76 years old?

All we know is that we’ve recovered his to-do list, and it definitely proves something. Probably a win for Uncle Charlie over Grandpa Bill.

The Many Faced Pa

There are certainly myths and legends galore surrounding El Wizardo Purpleo. It’s not every septuagenarian that inspires both Prince and Dumbledore comparisons in the same column. So in an effort to find out what makes him tick/inspires him/what human sacrifice he’s captured in his immortality amulet this year, we assigned the Texas Pregamer intern, Stuart, to shadow him this season. Yes, we have an intern. He is paid in leftover Bevobucks and expired Pluckers 5 free wing coupons from the mid-late aughts. He is a ginger, labor laws do not apply.

The first report Stuart filed was a missive on the 34-0 drubbing KSU dropped on South Dakota. At the time Snyder was still thawing out from his cryogenic offseason slumber, but he still managed a hearty "Welcome to Manhattan/Come at me bro" for the visiting Coyotes. 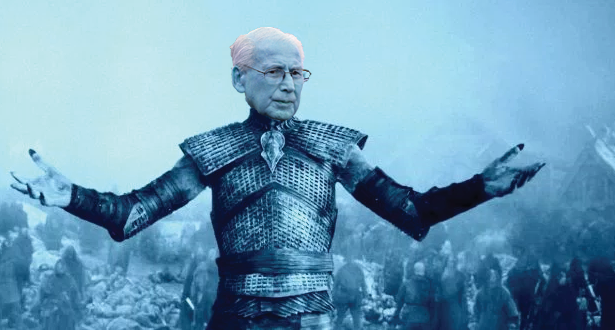 Being an industrious little spawn of the Fire God, Stuart then tailed Snyder on a mid-season recruiting trip. Snyder really connected with the recruit over their mutual dislike of sand (it’s coarse and rough and irritating and it gets everywhere!).

As an indentured servant, Stuart obviously had to work overtime. Surprisingly, he found that outside football, Snyder is heavily involved in the fashion industry, where he is so hot right now. He invented the piano key necktie for Christ’s sake! 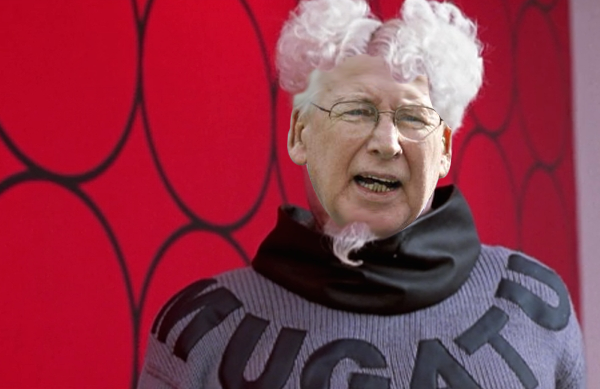 So now that we know Snyder is a white-walking, force-wielding, fashion icon, maybe we can finally draw up a game plan to exploit his weaknesses. This could be the year we finally ambi-turn our way to a win over the Purple Menace.

Seeing Snyder’s obvious sartorial chops, Adidaz offered multiple looks. The first is a time-honored homage to age and sorcery, but could also double as something a Kardashian would wear. The surprise 2nd offering actually appears to be former Heisman contender Assistant Director of Recruiting/Defensive Quality Control coach Kleinbot...3.0?

So far, it has been all about the coach. You better know the players too. You may soon be seeing these guys on Sundays...if Sunday is your day for errands and you choose an auto-body shop in the greater-Manhattan, Kansas area. Nonetheless, get to know the the best 22 guys Snyder could find playing KSU Intramurals this week.

Elijah Lee (LB, SO). Elijah Sullivan (LB, FR), Isaiah Zuber (WR, FR), Judah Jones (WR, SO) - It’s an Old Testament--or rather a Testament to how Old Snyder is--that he sought these guys out because he missed his #crew from his younger days. #BC

Collin Sexton (WR, JR) - Sounds like the hook to a really fantastic R&B song. "Girl go head and give me them digits. I'mma get wit it. Hope you have unlimited plan, cause I'ma be: Collin, Sexton, Late Night Textin."

Kade True (LB, SO) and Brogan Barry (DB, SO) - I hope Brogan and Kade hang out together. I hope they take walks together. Walks under on of those "falling rocks" signs.

Dalton Converse (LS, SR) - After learning in the comments section last year that a brogan is a shoe. I could've gone the sneaker route here.

Glenn Gronkowski (FB, JR), Hunter Knoblauch (DB, FR) - Unfortunately only Glenn is related to a pro-athlete. It would be so much cooler if Chuck Knoblauch showed up to your games and inexplicably couldn’t even hit the table at your tailgate beer pong match then if Gronk...oh.

Charmeachealle Moore (LB, JR) - There have been like 10 new version of Pokemon since I was young. Isn't this Charizard's super, mega, final evolution?

Trent Tanking (LB, SO) - Will work for the Philadelhia 76ers after graduation. They'll still be doing that in 2 years, right?

Curtis Stallbaumer (TE, JR) - Is what we call my friend Curtis with IBS.

Just How Bad Has It Been?

Texas has not had a great relationship with the EcoCats. They've knocked the Longhorns out of national championships in football and dethroned UT as the #1 team in the nation in basketball. It's bad. It's like standing on a pile of fire ants, with no idea what's beneath you. Your world hasn't changed, or even acknowledged the existence below, but those ants are pissed and looking to bite.

Kyle Carpenter: We had a bye week to wear hats, mourn, get that money, and prepare for the REAL rivalry game. KSU clearly circles this one on the calendar. I have a feeling Chuck is not going to pick up Mack's habit. Texas by two scores.

VY Pump Fake: A long time ago, in a galaxy far, far away, we once beat the Wildcats… I think. May that force be awakened once again. 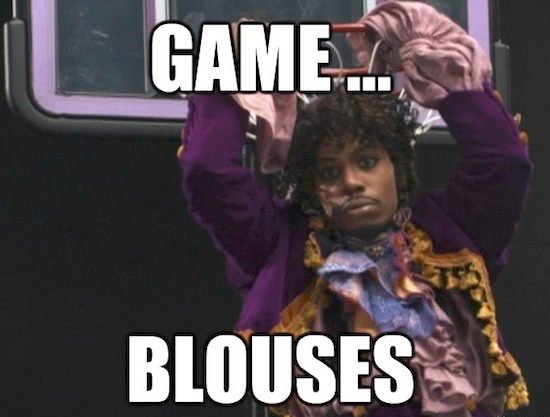 A few esteemed members of UT's undergraduate ranks took a brief break from studying to head up to College Station last week. The Aggies lost on AND off the field...and on themselves.

(UPDATE: Apparently only the NSA can spy on people in the bathroom, so the photo is gone. Here is our best artist interpretation for those late arrivals)