Crabtree. Sandstorms. Tortillas. The inaugural Pregamer road trips it out to Lubbock, TX - where dreams go to die. 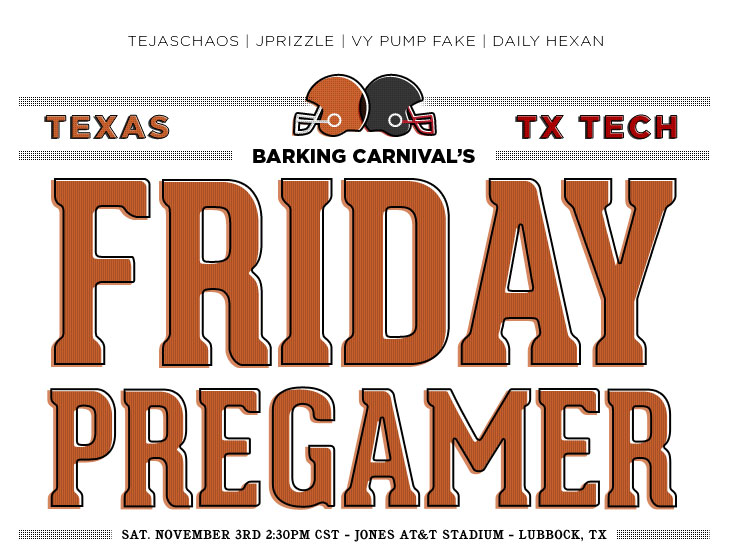 During the Battle of Waterloo, as the Old Guard was being routed, a British officer closed in on Major General Pierre Cambonne and shouted that he had fought long and well and that he could surrender with honor. Cambonne simply shouted back, "MERDE!"

Watching Texas play this season, sometimes all you can do is sit there and say the same. Even the sunshiniest, panglossiest, Bill-Littlest fans are having trouble remaining optimistic.

Welcome to the thunderdome, gentleman. The apocalypse isn’t supposed to be here for another couple months, but sitting at a deceptive 6-2, it just might come a little early. And after all the great articles and proverbial layings of the team on the old head shrinker’s couch, there’s not much new to be said at this point. There is this though: Coach Royal once said that he knew it was time to quit when he wasn’t having fun. And there’s no way Mack’s having fun right now.

That’s why this game against Tech feels like a last stand. It’s Mack’s Little Bighorn, Waterloo, and Thermopylae all wrapped into one soaring tortilla. If he can somehow guide that gliding tortilla into the win column, he might have a chance to turn things around.

Now let me make my point, because this metaphor already busted through the A gap and it’s getting away from me at lightspeed. Mack’s lost the trust of the fans, and it’s going to take more than a fresh batch of Sally's cookies (not a euphemism) to win them back. He needs to win this game, but here’s the kicker – last stands usually don’t end well for the good guys.

On that bright note, off we go to Lubbock, where Mack’s cavalry is facing a long climb up a short hill. Tech scores a lot of points. They have a quarterback that knows how to "Doege" and throws it to receivers that catch it. They've run off the pirate and replaced him with a leprechaun. Luckily, we can always rely on Tech to forget to play defense every year right? Sigh.

Don't get me wrong. Texas can win this game, but someone’s going to have to put the team on their shoulders this Saturday. Who knows? Things might even get kind of fun again.

Which brings me to why we are here reading this preview - to have a little bit of that fun and brighten the mood this weekend by delivering a Patch Adams-ing to the collective Longhorn psyche. We’re not quite sure what that means either, but here's to hoping we're not the only ones who decide to show up halfway through the season.

One final thought: on the grounds of the Texas capitol there’s a monument to the fallen soldiers of the Alamo with a great inscription, "Thermopylae had its messenger of defeat, the Alamo has none." So buck up – even if Texas loses this weekend, we’ve still got the Longhorn Network, right guys? 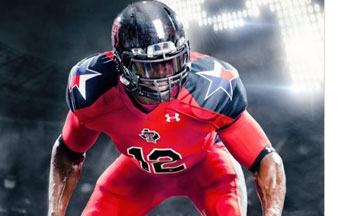 LUBBOCK - High style is headed for the plains this Saturday as the Red Raiders debut their "Lone Star Pride" uniforms just in time to defend the state’s honor against a team from... oh. "UT says they love Texas?" says one doubtful Raider. "Stars on flags is sooo over. What we got is flags on our stars." While it is a bit unsettling to see professional football not-so-subtly rearing its head in the good ‘ole NCAA, it is a relief to know the Houston Texan’s jersey designer has not been affected by this harsh economic climate. No word as to whether these can actually be flown over the state capitol, but this is assuredly one design you can pledge your allegiance to. 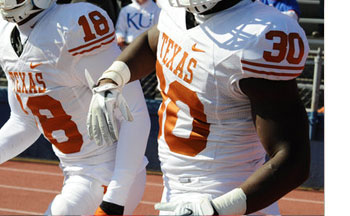 Austin - While the Red Raiders trade in their traditional red and black for black and red and white and blue, Texas keeps it clean in their all white "Stormtrooper" uniforms. This is fitting as it certainly seems any bunch of rag-tag desert yokels are able to outsmart us and find a way around our defenses, no matter how much money and manpower we throw at them. Let’s hope that this week the Empire Strikes Back.

Your blue and red shirt caught my eye last Saturday. We bumped into each other like two ships passing in the night, but alas, you were gone before I could make my move. I thought we had something, but you're just like all the other guys who've run me over lately. Please stop playing hard to get! ~ UnderCover2

I’m a rich, handsome Latino, born into a powerful family... but also a bit of a masochist. Seeking open-minded individual to inflict the pain I so desire. ~ Manuel D

DJ Monroe. Last seen scoring all the touchdowns, grabbing all the yards. If you have any information please contact Student Health Services immediately. And don’t touch the bats. Seriously guys.

---
Found a football. Then an endzone. What a week! -CatchingCrabs

We already knew Tommy was a man of many talents, but can you spot the real Tubs amongst the imposters?

(Hint: he's only in there once)

We all know the all-time greats who have spent time on Tech’s 2-deep: Wes Welker, Michael Crabtree...Bam Morris? So what if they’ve only had three 1st rounders since the merger, we know they’ve had great good fair players. Let’s take a (superficial) look at some of the more interesting finds:

Texas Tech was started in 1923 by some of the worlds greatest Dendrophobists. Where others saw a dry county, these brave pioneers saw a chance to create a Princeton of the Prairie. And they may just have succeeded. Unfortunately this reporter’s car still had half a tank of gas the last time he drove through the area, so we may never know.

In case you’re not driving by, here are some interesting things about Texas Tech and Lubbock that you can find with google, the following of which are completely and totally true, in case you’re disinclined to believe them:

And have you heard Texas Tech is a great music school? You can tell this from the diehard Glee fans flashing their trademark L’s at home games. Also, Tech just might lead the country in most band directors hired (per capita of course). That’s change we can believe in folks!

Speaking of Notable Alumni, those hallowed halls once held Pat Green and Sheryl Swoopes. Even Yosemite Sam is working his way through a performing arts degree. He’s taken a victory lap or two though.

As any good fan knows, Texas Tech is the home of the Red Raiders. So it goes without saying their mascot wears black and rides a black horse named Midnight. Texas Tech shares 100% of their color scheme with the National Socialist German Workers’ Party, and should should never be confused with Blue Raiders of Middle Tennesse who’ve actualy won their conference twice since 2001. Also, do not confuse them with the Mount Union Purple Raiders who have claimed a measly 10 Div. 3 National Championships, 16 Conference championships, and 14 undefeated seasons...since 1993. Texas Tech’s trophy closet is plenty big though. Heck - you could fit at least one Adam James in there.

If you are a visiting fan, it’s advisable that you not go out after dark alone. Tech fans are easy-going by day, but upset-minded at night (Never forget. *weeps softly in corner*). But if you find yourself out after the witching hour, here’s some helpful advice:

Like the confidence, but be thankful that the Pirate isn’t your coach. Boy, I miss having that character around - wonder what he’s doing these days?

Editor’s note: I’m sure Steve’s lucky lady is the epitome of beauty and class. We are talking UT gals after all. Please don’t kill me Mr. Edmond, sir.

This week’s Pregamer is brought to you by: 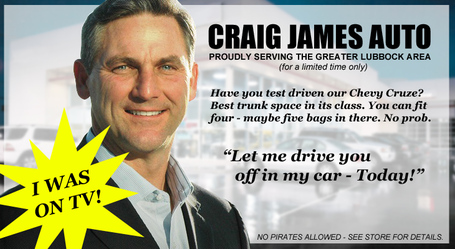