Coming up for Air after Wyoming

Share All sharing options for: Coming up for Air after Wyoming 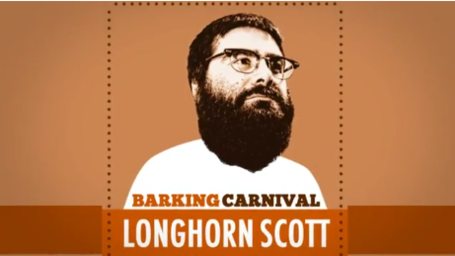 We started a conversation a week ago about some key areas to watch going into the season. Let’s resume.

This went better than I initially thought when viewing the game live. Our combo blocks between guards and tackles were consistently very good throughout the game. The combos with Espinosa and a guard were also fairly successful. Espinosa did struggle sealing the nose out of the Power play several times, letting the nose compress the hole. He's doing a good job with footwork but he's often getting too high on defenders and giving up leverage that allows them the shrug off his block and close on the play. Overall the tackle to tackle play on the offensive line was very good for game one and Donald Hawkins is absolutely an asset in drive blocking, setting the edge, and pass protecting. Overall the starting five is light years ahead of where it was this time last year. A sub note here would be that I loved the up tempo approach early in the ball game. When you look at our team as a whole and consider the depth we have on the defensive line and the physical nature of our offense, it makes a ton of sense for us to push pace and wear teams out.

Tight Ends in the run game

This wasn't quite as bad as I thought it would be. Greg Daniels battled to a mixed performance and DJ Grant has improved some in the offseason. The improvement at offensive tackle may allow us to get away with a more open ended approach to the edge as long as the tight ends learn to ride the defensive ends whichever way they want to go and our players get adept at reading those blocks. However, I feel strongly that without more diversity in the approach to the defensive ends on the Power O, Inside Zone, and the Pin N Pull, we will experience problems with our tight ends getting pushed into the backfield and congesting the play. This is compounded by the problem of not having a clear enforcer at the fullback position who could potentially kick a defensive end on a regular basis to free us up schematically. Still I think a combo of base blocking from the tight end with kicking and trapping from the fullbacks and guards along with some read plays would serve to help the tight ends be more effective from play to play. I also hold out hope that one of the fullbacks will play into form as Cody Johnson did through the first half of last season.

Communication, footwork, and involvement from the running backs looked better in game one that at almost any point last season. Very encouraging.

Recognition and execution from the QBs

David Ash progressed quite a bit in the offseason. He is seeing the field for the first time presnap and he even showed the ability to use his legs to buy time and make a few off schedule plays. Once you start checking out of bad situations with regularity, the act of checking into good situations inevitably follows. That's the progression I'm looking for in Ash from before the snap over the course of this season. After the snap, I think it's a matter of game reps to get the action to slow down a little more for him and get to the stage where he can make a throw based on anticipation rather than solely on what his eyes are seeing that moment. I was definitely also encouraged by his execution in the short passing / screen game.

How much are we cutting?

Much, much less. And wide receiver blocking has improved, Mike Davis included (although I'd like to see it go from passable to assertive).

Definitely had a few ugly moments in terms of alignment and assignment adjustments to motion from unbalanced passing sets. Really you almost thank Wyoming for showing all the exotic stuff because it gives you a lot of teachable points in the film room and encourages the defense to get used to communicating on the field.

I thought fits looked pretty good from the linebackers but Wyoming really only ran outside zone blocking and there wasn't much misdirection in the running game. Still we did a nice job of not getting outflanked or over running the stretch play and that's not easy to do over and over again.

Edmond apparently will stay in on nickel but not in the dime/prowler package. I thought Edmond was at his best when he was stalking the tailback and he has some work to do when he's playing in a drop underneath zone (as do all of our underneath defenders).

Physical Dominance on the line

The defensive ends played winning football all night long. The defensive tackles were more of an up and down group and specifically I thought Moore struggled with aggression in game one. It's crucial that the defensive line attack blockers in this defense and reset the line of scrimmage. I have confidence that things will click for Moore as they did for our defensive linemen last season who were new to the scheme and hopefully on a little faster schedule.

Reaction on the throw

We weren't bad in this area but we weren't great. Phillips, Cobbs, Edmond, Okafor and Thompson all had moments in the game were they could have taken away opportunities from the offense by getting a better jump on the QB's weight transfer and having better awareness of threatening receivers in their zones. This is actually a crucial area of improvement as the defense builds toward the West Virginia match-up that is only weeks away.

Since this was game one and there was so much ground to cover, I spread the commentary over a lot of plays and kept the format simple this week. Going forward I expect to cover many fewer plays and move toward a more user friendly format with graphical layers. In short, if you are a diehard, enjoy the insanely long and possibly droning breakdowns. If you are overwhelmed by the length and bored by the format, better things are on the way.

And nobis, the music was selected special - just for you.