It’s September, football is back, and it looks like Applewhite found his gameshark. Spoilers: it was in Daje’s locker.

Share All sharing options for: The Texas Pregamer: BYU 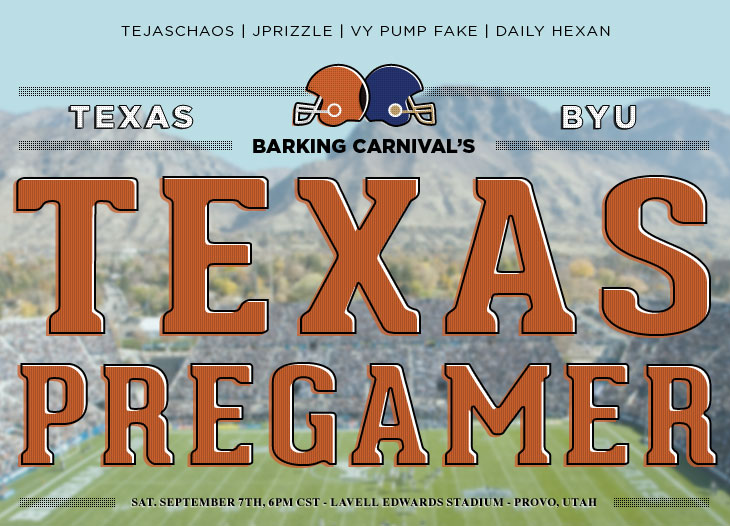 Turns out The Texas Pregamer had a few transfer credits we needed to sort out, and so the ‘ole ball coach held us out the first week. It was either that or accept two half-game suspensions, which we’re pretty sure isn’t a real thing. Right?

After a Longhorn Network Signature Start (now on TWC!), the boys remembered which team was wearing the burnt orange and wrecked shop. We had four 50+ yard plays in this game. We had six last year. Fact. You won’t find many of those here, but that is one of them. Way to go guys.

In bizarro fashion, David Ash and Jalen Overstreet topped the rushing charts. Malcolm Brown was our leading receiver. Hell, even Mack Brown rushed for a buck twelve and 2 TDs. None of that makes any sense AND WE LOVE IT. What position is Daje Johnson lining up at? WR? RB? We’re going with TD.

So here comes BYU and the Stormin’ Mormons. Yes folks, Mack has had this date circled on his calendar all offseason. It’s not everyday Brown gets a competition for nicest, friendliest, most clappiest man in the room. But how do you out-nice a Mormon? You can’t, Coach. It’s science. But you shouldn’t try anyway cause -

ITS A TRAP YOU FOOL! BYU is bringing fire and brimstone in the the form of one BRONCO MENDENHALL, the Pregamer’s Heisman darkhorse, who lines up at… ...he’s the coach? Well, a really really dark darkhorse then. But seriously, you can’t help but respect a man who names his offspring Cutter, Breaker, and Raeder. That’s Jantz family level naming. Does it make him Heisman worthy? Stranger things have happened. They’ll practically give it to anyone these da - aaand we promised not to go there. Our therapist says its not healthy.

College football is back, Longhorn fans. Come early, be loud, stay late, wear orange! (Just like the ladies like it). Most importantly, raise a toast to a good game in Provo. A Soda? Ok, perhaps a club soda.

You might think the entire BYU team comes from the Pacific Islands. No sir. Here’s a look at the latest and greatest coming straight off the hard streets of Provo.

With a trip to Provo looming on the horizon, offseason at UT was spent wearing the summer’s hottest new fashion. "I just told [Wylie], ‘Have ‘em ready for altitude,’" Texas coach Mack Brown said. One quick hop to the himalayas later, Bennie returned with these beauties:

Me and J Charles. Making ourselves uncomfortable, the only way to the top. #Motivation pic.twitter.com/s0uvrRuUQz

Inspired by the unholy combination of the Batman villain Bane and World War I chemical warfare, these masks provided football players with a university-sanctioned way to get high simulate high altitudes. 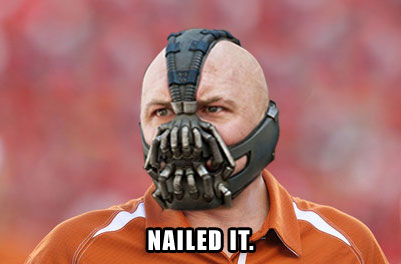 MANHATTAN, Kansas - The Purple Wizard, HE BLEEDS! QB Brock Jensen and Coach Captain Picard beat the dark one at his own game with a devastating two hour fourth quarter drive. Is it too late for the team to revote on using an alt uniform when the cats come to town? 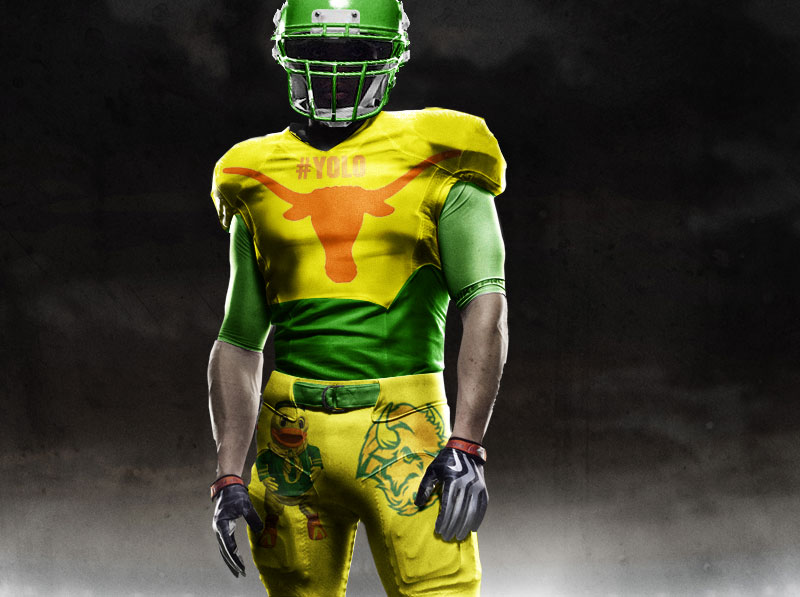 DALLAS, Texas - Walk-on Freshman QB Baker Mayfield started his career as a Red Raider with 5 touchdowns against SMU, likely in remembrance of five lovely ladies who went missing in town sometime around 1982. #NeverForget

BERKELEY, Calif. - HIPPIE CAL GOES DOWN TO MAVERICK, GOOSE, AND NORTHWESTERN. If you don’t watch the video we can legally shoot you in 4 states. Are you willing to risk that Texas isn’t one of them?  Pew pew, haterz.

COLLEGE STATION, Texas - Starting QB Matt Joeckel puts the game out of reach against an always salty Rice team, only to have to come back in and save the game in the fourth quarter when his backup is benched.

This weeks Pregamer is brought to you by: 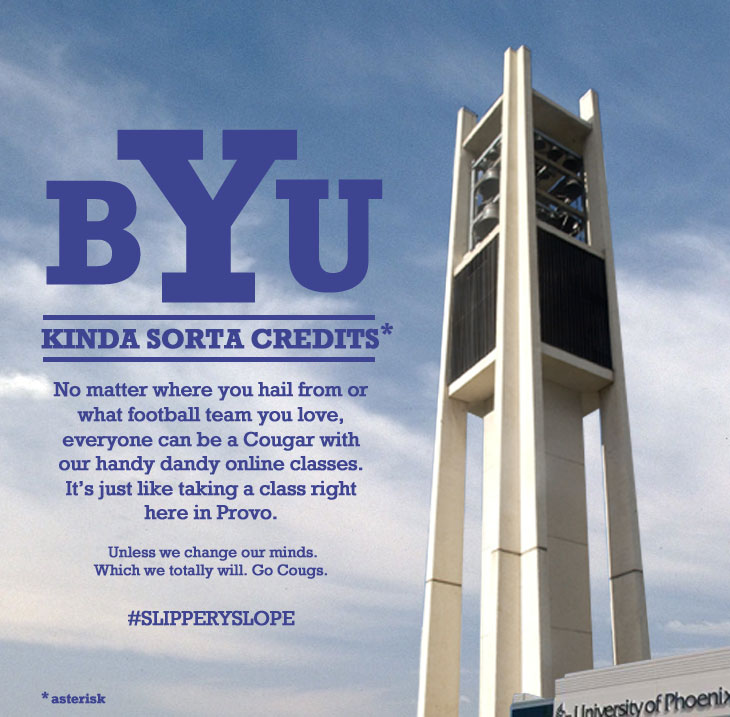 What year is it? Is it football year? Texas by 10!

You will watch THE HIPPIE CAL GOES DOWN TO MAVERICK, GOOSE, AND NORTHWESTERN a second time. Heroes win 27-25.

Even if Mormons did bet, they wouldn't take -7 on Texas. UT wins 35-10. Romney and Perry jointly weep.

You know you want one: 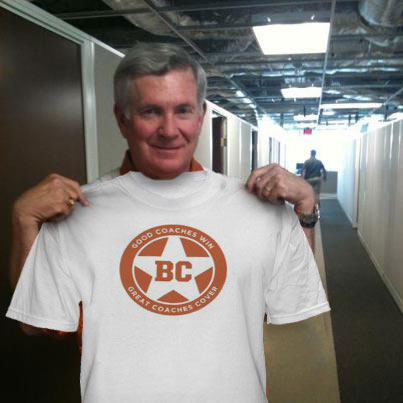