The Dallas Nike Football Training Camp just went down and there were several 2013 Longhorn recruits in attendance. Including this guy: 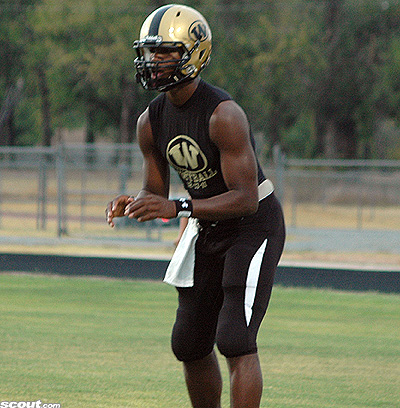 Quick notes and then some video breakdowns:

Let's watch some video and draw crazy conclusions, shall we? Caution: all of the DL vs OL drills are slanted greatly in favor of the DL. Real pass rush in games doesn't happen on five individual naked islands and DL don't have carte blanche to go where they please. And QBs don't stand there like, well, a dummy. You can see who has a motor, a good pass set, a quick first step, strength issues etc. Competition also matters, so stoning Toby Ginklemann from Plano is a little different than throwing around A'Shawn Robinson. Actual football film has 10X the value of some drills and an athletic display, but it's a fun confirmatory tool nonetheless.

DL vs OL Part I

As with the OL-DL match-ups, the offense is hugely favored, but you get some idea of how these guys run and move.