I am fascinated by the science of forecasting, and have studied what works, and doesn't work in developing expectations of future performances. I've learned that it's almost impossible to use qualitative analyses to predict outcomes with any certainty, no matter how good the analyses are. Studies show that subject matter experts really don't forecast much more accurately than the uneducated masses. Subject experts weigh their own value judgements too heavily, and personal bias is too big an obstacle to overcome.

What good, then, is all of the navel-gazing and speculation on the Barking Carnival? Well, it can be very useful. We can predict the manner in which our offense will succeed (if it does), or how it will fail (if it does). Then, we can define parameters to let us know if we are succeeding or failing. The value of such an approach is that our forecast parameters will help us understand during the season whether we are succeeding per plan, or struggling. Let's give it a try.

If our offense succeeds, it will be because the OL is improved, we have a strong passing game, big-play receivers step up, and the quarterback is an effective runner. Don't take my word for it- this is the recipe for a successful 2008 season.

A Maker of Plays

Reasons Why I'm Pumped About the 2008 Longhorns

Since our first four opponents range from fair (Arkansas, FAU) to poor (UTEP, Rice), if these things are happening as hoped for, we should see some impressive results in the stats. We should see at least two TDs per game passing, and a rushing average over 5.0. We should see at least a few long pass receptions. If we see such results, I propose we can conclude that the pre-season optimism was warranted, and that we have a competitive offense. Great! Full speed ahead. If we don't see such results in our first four games, we cannot conclude that the offense is reloaded.

If the team fails in 2008, it will be because some of the things listed above just didn't happen. I am hopeful that we will find a big play receiver, or two, but recognize that we might just not have one. Basically, the argument is that we recruited so many highly touted WRs that some must pan out. To me, that is reminiscent of the joke that ends with "well, there's so much crap in the barn that I know a pony must be there somewhere". It is possible that we have a WR roster of Shipleys, Cosbys, Brian Carters and Tony Jefferys- nice players, but not the kind of great players that can break a game open. That's significant, because this offense needs big ("explosive") plays to work. We are good for only one or two 15 play-plus drives per game. The threat of the big play is what makes the Davis/Brown offense work. If we don't have playmakers (and we don't know who they are right now, if anybody), we will have an ugly offense. Florida Atlantic will be a telling game. They were 8 - 5 last year, and averaged over 400 yards per game. They played a lot of BCS schools, and they scored 15 - 20 on most of them. They return nine starters on offense. They will be an offensive threat to us. This won't be a game where we can play conservatively, hoping our talent breaks it open. If FAU can defend us like UCF did (or if we play like we did against Arkansas State), challenging us to make long drives, we could be in for a long day. If we have a couple of turnovers more than FAU, we could find ourselves losing. 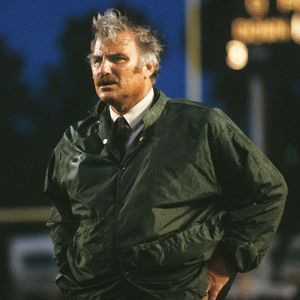 This won't be the FAU coach's first game in Austin.

This game will tell us where we are trending on offense. If we can make some big plays and blow it open, fine. That means I worried too much. If we can't make big plays on offense, can't find a game breaking WR, we may be in for a long year. I think this is a real possibility.

I also suspect Mack worries about the same thing, and that is why Chiles is still a QB. You see, he might represent a real option should we have concerns that the offense is anemic. As poorly as he currently throws, Chiles can make things happen in the running game. If the regular offense falters, Chiles running zone read, lead option, and play action option is a real offensive alternative. Obviously, this would only be a change we would make if forced to by the futility of our baseline scheme, or injury.

Let me be clear. I'm not predicting success or failure in 2008. I'm just using the time before the season starts to prepare so we will recognize success or failure when it happens. If you don't acknowledge the depth of your problems when they happen, you miss your best opportunity to correct them.

The proportions of some disasters are not immediately recognized sometimes.

Anybody else have thoughts on how to recognize success or failure in 2008?