We learned last week that we must stop going against Boise State. Stop it. They'll be good every year. Maybe not BCS good, but Chris Petersen is a hell of a coach.

...that Notre Dame is damn near unbeatable in Ireland.

...that Chad Morris can make up for a star player suspension.

...that we told you Baylor wouldn't fall just because of RGIII leaving. 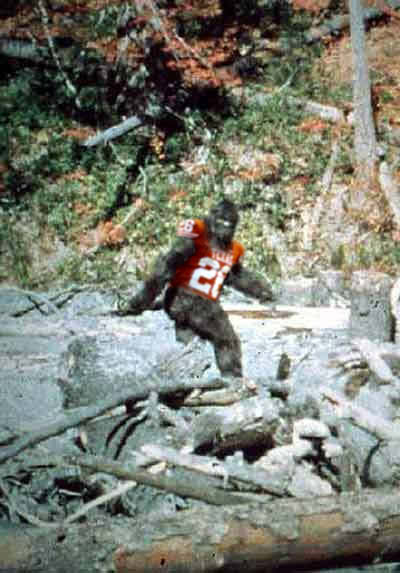 With the New Mexico Lobos coming to town this week, and with the first 8 episodes of season five of Breaking Bad ending this past Sunday, why don't we combine the two and break down the national championship hunt with traits of the New Mexico-based AMC hit?

Don't worry, there are no spoilers...and you don't have to watch the show to get the gist.

Right now, realistically, I think you can only put two teams here. USC and Alabama. You know who they are, what they have, and what their trap doors could be. For USC, it could be November 3rd against Oregon, and for Alabama, it could be...November 3rd against LSU. Consider this your save the date card and don't make any plans for that date. If you have a wedding scheduled, run away to Mexico, if you're supposed to go to a wedding with a girlfriend break up with her and buy her a nice Christmas present once you get back with her.

I just can't buy into a LSU, Oregon, Oklahoma and a Florida State team that all have major question marks. For LSU and Oregon it is quarterbacks that have thrown a combined 59 passes through this weekend, while with Oklahoma it is some question marks at skill position players on offense. Florida State will soon have to hold open tryouts just to complete a full team, so I'm not sure I want to put all of my eggs in that basket.

THE BADGER AND SKINNY PETES

Imagine the hell that your life would be if your life depended on Georgia, Arkansas or South Carolina winning the national championship. These teams are good on paper, but you're not going to depend on them to go into Tuscaloosa or Baton Rouge and get a win...which is good because only the Gamecocks go to LSU. So there is a chance...

West Virginia is up to something, but we're not quite sure yet. Could be big, or Dana Holgerson could get distracted in a city like Austin.

Ohio State, Wisconsin and Nebraska. Fine, you win some awards, but just go away, Big Ten, go away.

It's going to take some tricks up their sleeves, but Texas, Oklahoma State, TCU and Kansas State could find themselves in a BCS bowl if things break just right, and they always do for Saul, right?

Will Notre Dame ever see the light?

Purdue gets starting quarterback Caleb TerBush back this week, who was suspended for last week's opener against Eastern Kentucky for a violation of team rules that says one must have a normal name (this is most certainly not true).

Notre Dame will have a little tougher time here than they did last week against Navy, but Purdue keeps it close.

One of the surprises of week one has to be Taylor Martinez throwing for 354 yards and five touchdowns against a Southern Miss defense that ranked 29th in the country last season.

UCLA, meanwhile, struggled at times against Rice last week. You have to wonder if they are physical enough right now to play with a Nebraska.

At a loss of words for this one. Do you go with Florida, who struggled against powerhouse Bowling Green last week, or do you go with Texas A&M, who is starting anew with a new quarterback, head coach and scheme?

Will Muschamp's Florida isn't Steve Spurrier or Urban Meyer's Florida, hell it isn't even Ron Zook's Florida right now. A&M will be pumped for this one, and I think they prevail.

The classic "OSU scored 84 points last week so they're going to kill Arizona who had to go to overtime with Toledo" game...

True freshman Cowboys quarterback Wes Lunt will get a bit more of a challenge here than he did against Savannah State. And I think Arizona will be able to move the football, and more importantly, keep the ball out of OSU's hands.

This game went down to the wire in Miami last season, but I'm a big Collin Klein fan and think he dominates this game against a Miami defense that gave up 542 yards to Boston College last week.

There were a lot of positives last week for Texas (6 for 6 in the red zone, balanced running game, efficient quarterback play), but there were some concerns as well (two missed field goals, longest pass play going for 16 yards, defense nearly allowing 300 yards passing).

New Mexico will be no test. The Lobos finished 113th in total offense, 120th in scoring offense, 119th in scoring defense and 118th in total defense last season. Bob Davie must have been real desperate to get away from the TV booth to take this job.

So what do we want to see from Texas here? I'd like to see more from Ash this week. Asking him not to do much is fine, but at some point he's going to have to make some plays, and why not let him throw it around now?

This is one Texas should win big.


For entertainment purposes only. Save your money for Los Pollos Hermanos.