Share All sharing options for: A Far Too Early Look At The Texas Longhorns' 2012 Non-Conference Games

What better time than mid-April to think about football in September? 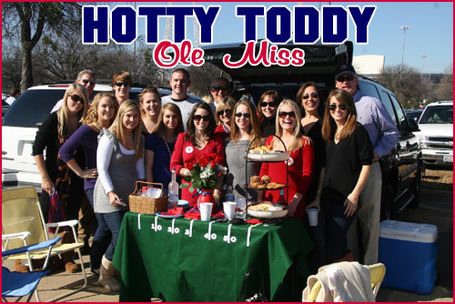 It's either that or NHL talk. And I can't ice skate. I can roller skate. Which you'd know if you'd ever seen me rocking my moves at the old Playland skating rink to the Stars Wars theme in 1983. Hair parted in the middle, Drew Pearson jersey, Lee jeans with knee patches on them, wrist blinged in friendship bracelets.

My game was rock solid. Even if we shopped at Academy Surplus.

The thing I most remember about Playland is that they had a sign that said No Necking. Which tells you all you need to know about the times and Playland skating rink.

Which reminds me of my favorite one liner joke:

Answer: Telling your parents that you're gay.

Let's triple lutz our way back to the gridiron and attempt to skate through the challenges of our early non-con...

I'm specifically interested in talking about the jugger-nots of Wyoming, New Mexico, @ Ole Miss. The motley crew tasked with preparing us for our season-defining next three games: @ Oklahoma State, Oklahoma, West Virginia. I'm an advocate for challenging yourself in non-conference play with one high level opponent, but for this team, at this stage of development, I'm actually happy with a more forgiving slate. The Big 12 will provide plenty of challenges.

Yeah, we need to go 3-0 in non-conference play, but mostly we need to show improvement vs. the standards of good football, irrespective of the opponent. Fortunately for us, the opportunity is there and the ramp up for OU works out quite nicely. 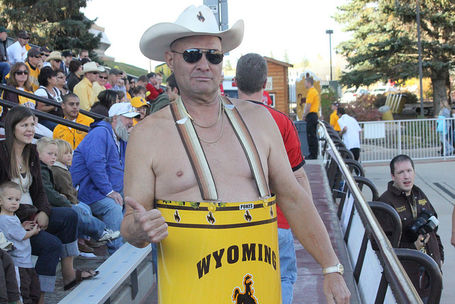 Wyoming must feed our gods. Do you remember last year's Tech game? Recall the giddy jubilation of our fans as we blew them out. We remembered, however briefly, what it felt like to drive our enemies before us and to hear the lamentations of their women. Blowing up bad teams doesn't mean you're great, but it definitely means you're not bad. It's time to blow people up again.

This is our first chance to see if Ash has progressed, if the defense is just good or possibly dominant, if the OL will cohere into a difference maker, for one of our starting RBs to sprain his aorta on his 27th carry deep in the 4th quarter while we're up by 35. Mostly it's a chance - before 97,000 Texans suffering from heat stroke - to show that Texas football is back.

Wyoming had a nice little year in 2011, going 8-5. Like everyone on our schedule, they're a spread team and many of Dave Christensen's concepts will serve as a useful scout for better opponent's stuff. So thanks for that, Dave. On offense, they return the Freshman Conference Offensive POY in QB Brett Smith (missed Spring with injury) who will be pushed by back-up Colby Kirkegaard.

Defensively, Wyoming plays a bend-but-don't break style, and they lost most of their key personnel that some of you may remember from a couple of years ago - the DB Gipson brothers, the MLB Hendricks (I loved this dude's game), their best pass rushing DE. Pretty much all of their leading tacklers and stat guys from 2011. After perusing some Wyoming bloggery, they expect their DL to be pretty good and for the DBs to struggle. Works for me. Let's challenge our running game a little with lower-tier Big 12 level DL equivalents and give Ash some confidence completions.

This is a good opponent, well-suited to give our offense some confidence and give our defense just enough of a challenge. Mostly, it's an opponent bad enough to give us a comfortable win with some individual personnel at some spots just good enough to give us some film learning moments. 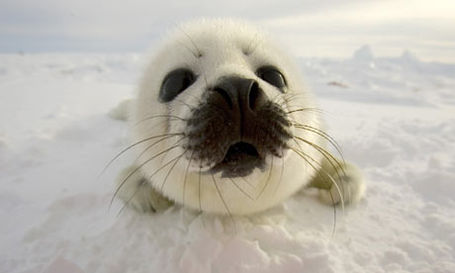 There are abusive coaches that win and those do not. We tend to forgive the former and recast them as Old School, but the latter is variety is always run out of town. Former New Mexico head coach Mike Locksley was the latter variety as his tenure featured: a smooth 2-26 record, an age/sex discrimination lawsuit filed on him by his admin, and he punched an assistant coach.

New Mexico was so bad in 2011. They went 1-11. And not the competitive 1-11, either. That scrappy 1-11 Army manages from time to time where they lose every game by 13. Their average score was a 41-12 loss, including a 69-0 loss to TCU and a home loss to Sam Houston State. They were outscored 160-24 in the first quarter and surrendered 6.7 yards per play. This isn't just a talentless team. This is a team that quit. Locksley was fired halfway through the season. What took so long?

Their current roster has some talent (WR Deon Long would start for us) as Locksley was a gifted recruiter and made his bones as an assistant there at Maryland and Illinois, but they also have a solid array of malcontents, arsonists, and guys with bad tattoos of pit bulls circled by Olde English lettering, since character wasn't exactly Locksley's forte.

I read that some track coaches like to have their athletes sprint on a decline or with a wind at their backs occasionally so that their bodies can feel what fast is. I think this logic applies here. We'll briefly feel like what 2005 Texas or 1995 Nebraska feels like. Then the ground will level, the winds will subside. Confidence building and OMG, TEXAS IS BACK! all around. My main consideration here is player health.

Ole Miss - The Roady For The Fans 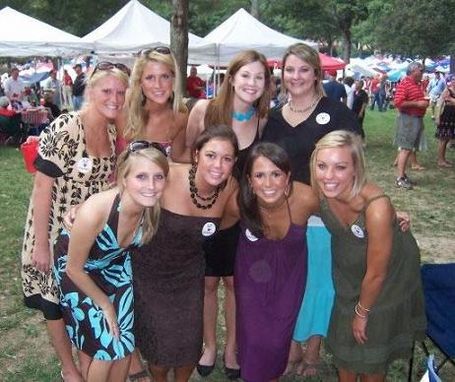 How will our players respond to their first road environment? Can they perform in front of floppy-haired Southern boys named Skyler whose daddy is the most important man in Tupelo? Will they stuff themselves with hush puppies and bourbon in the Grove and play lethargically? Can we keep Mack Brown from speaking to the team and draining their mean-on? Will the team read Faulkner and be seized by ennui?

Last year, Houston Nutt nutted it up in Nutt fashion right around the time he ran out of Ed Orgeron's recruits. Poor Ed. The guy could evaluate and recruit, but the Xs and Os were as foreign a language to him as English.

Hugh Freeze took over as head coach and he's an offensive lunatic cut from the Dana Holgorsen cloth. You may remember Freeze as Michael Oher's high school coach in The Blind Side and in the movie he was depicted as rubber-faced comedy relief who let Oher's white mama run the offense from the stands in her Jimmy Choos. Some white ladies are sassy! Then they would play a song by The Fray. Freeze later moved on to Ole Miss as an assistant and some head coaching gigs at minor schools. Now he's the man in Oxford.

Ole Miss will have better athletes than Wyoming and New Mexico, their offense will be a great preparation for what we'll see over the next few games, and it's useful to have a road game before Stillwater and the Cotton Bowl.

The Rebels are currently sussing things out and making definite predictions on starters is perilous since we don't know who their QB will be (it could be former Longhorn flirtation Bo Wallace) - but we know they're going to throw the hell out of the ball. Eight touchdown passes in their Spring game.

It won't matter. Ole Miss will lose and its women will surrender to the rights of conquest. And a young Texas team will have a good record, a lot of confidence, some useful experience, and almost no sense of how they'll respond to top flight competition. 3-0.

Each team will do things on offense that will prepare us well schematically for what we'll see in conference, all have defenses that will allow our offense to build confidence, and we can get a road trip out of the way. I'm actually happy we lack a marquee non-conference opponent (this year only) because this team (read: offense) will benefit substantially from a ramp up instead of the potential for pre-season trauma.