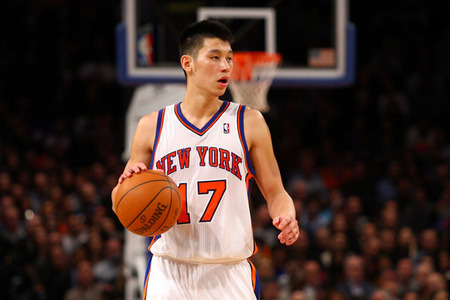 It takes a lot to turn my attention to any non-Mavericks NBA topic prior to late April, but Linsanity has done it. Any time you're able to take the NBA by storm, brilliantly illustrate the hollowness of Tebowmania and allow Jason Whitlock to make an ass out of himself all within about an 8-day span, I'm in.

In Bill Simmon's Linsanity mail-in mailbag column this morning he suggested that Pearl Jam remake their hit "Jeremy" with Lin-centric lyrics, and I had to agree that it sounded like a pretty good idea. Fortunately I've got Eddie Vedder on speed dial, so I convinced him to bang this out for the BC Faithful.

At Harvard
Drawing supply curves
On graph paper by hand,
But now he's in demand
Sportscenter's Number One
Fat sportswriters flailing
To give a nuanced view on race

And even though he can't go left
He gets in the lane
Gets wide open
Do you think Isaiah'd say
He's just another good guy (like Bird)?

Jeremy's ballin', and he still finds time to pray
Kinda like Tebow, only Jeremy can play

Try to forget this,

Try to erase this,

Is what 'Melo's gonna do.