Kansas State - THESE AREN'T THE PURPLE DRANKS YOU'RE LOOKING FOR, MIAMI. Mean shit bubbling out of that cauldron in Manhattan. At 51.5 ppg, K. State is one of seven Big 12 teams nationally ranked in the top 11 in scoring offense. That's good enough for fifth in the Big 12. Meanwhile, the Cats' D line play was stellar against Miami, racking up five sacks (two from Adam Davis).

Texas D - Because shut outs still matter, even against New Mexico. Quandre Diggs came up huge with a QB eviction, diving INT, and a witchy punt return that did not require blocking to advance the ball down the field.

Iowa State - Holding a Greg Davis-led offense to six points is still impressive any way you cut it, folks. This was a Big 10 style barn burner, as the Cyclones held on 9-6 to win the hearts of Iowans, and more importantly, the CyHawk Trophy, for one more year. Can a Senate bid for Paul Rhoads be far away?

Damien Williams - 10 carries for 100 yds and 4 TDs. Stoops is worried about his efficiency but it's already another JUCO success story in Norman.

TCU - Horned Frog QBs went 17/17 and the offense dropped 500 yards on Grambling. Keep an eye on Josh Boyce, who already has two TDs on the year. 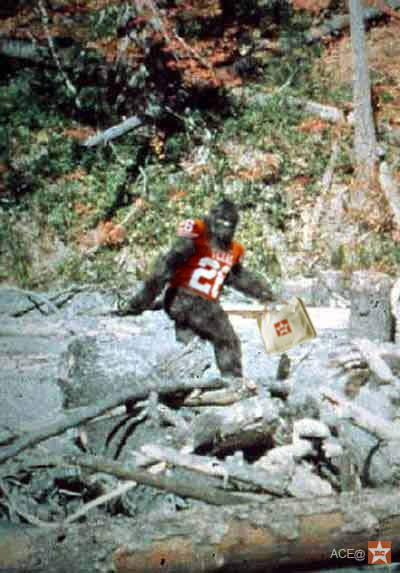 Oh so close to being a Longhorn but not really Georgia LB Jarvis Jones manhandled the Mizzou offense to the tune of 8 tackles, two sacks, two forced fumbles, and an INT. He led the SEC in sacks last year with 13.5 and already has 3.5 through two games this year.

UCLA RB James Franklin plowed through corn, racking up 200+ yards on the ground and another 50 receiving against the Huskers.

Kansas - You just can't lose to Rice. Ever. At least nice since it was acceptable in the 1970s. There is a silver lining in Lawrence and that's the 8 turnovers the Jawhawk D has forced in just two games after turning just 18 in 2011.

Okie State - The Cowboys had 15 penalties for a school-record 167 yard and gave up 59 points to the RICH ROD CATS. Wes Lunt tossed three picks, one returned for six. After leading the nation in takeaways last year, the law of averages has come tumbling back to earth in Stillwater as the Pokes have only forced two turnovers this season, with zero against the Cats.

Oklahoma OL - the formerly vaunted pass protectors have given up six sacks already this season. And that's against UTEP and Florida A&M. Jackson Jeffcoat and Alex Okafor do not sympathize.

Texas A&M - It's second half against Florida was vintage Aggie bungholery. This was a must win for the program, who had been pimping it's own arrival to the SEC like a maroon moon landing, but Johnny Football went Johnny Ruh Roh in crunch time against the Gators. Luckily the Ags get to feast on SMU and former nemesis Garrett Gilbert this week to relieve some of that pent up homo-erotic angst before conference play resumes.

The Big 10 - Wiscy gets beaver licked in Corvalis. Illinois may want to re-think it's strategy of sending walk-ons to Phoenix to deal with Arizona State while the starters partied in Lake Havasu. Michigan is quickly proving last year was a fluke after struggling with Air Force. This is a two team conference and Sparty gets Ohio State at home.

Arkansas - The program is tumbling down the highway in the wake of Petrino's scandalous exit. John L. Smith is apparently not up to the task of keeping Hillbilly Nation engaged to eachother or to winning football games. The OT TD run for Louisiana-Monroe to take down the Hogs was celebrated by millions. Jerry Jones likely shot one of his servants.