According to legendary NFL personnel guru Gil Brandt by way of Peter King tweet, Ryan Tannehill could be a Top 10 selection in this April’s draft. That’s, um, a tad higher than I’d have thought he would go, particularly after suffering a fractured foot that may keep him out of the Combine. Oh, and there was also the little matter of 27-25 4EVAAAA!!!!!!!

In all seriousness, though, I suppose anything’s possible – especially in the league that drafted Blaine Gabbert 10th overall while apparently using a similar philosophy to the selection of fast-track management candidates:

The Pointy-Haired GM tends to prefer this guy… 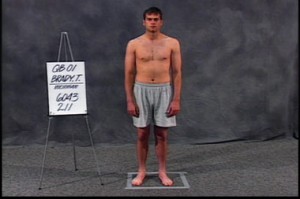 I actually think Tannehill could be successful in the NFL if he lands in the right system. I’m thinking one with a forward thinking/contrarian OC who looks at the success guys like Brees, Brady and Rodgers have going through four and five reads and decides to buck the system by developing an offense where the QB never has to go to a second read, ever.

What do you think?